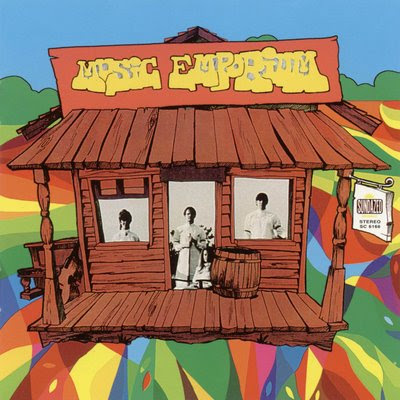 Recorded in 1968 and intended as a demo, it's amazing how confident and ambitious the Music Emporium's sole album now sounds.
Indeed Sentinel Records who released the original run of 300 in 1968 thought the material was strong enough as is to be released and pressed it up accordingly.
Unusual at the time for featuring a female drummer, three of the four band members were classically trained, resulting in a fairly unique approach. The most obvious, and unusual element to their sound is the extensive use of choral vocals, which will appeal to those who enjoy the David Axelrod produced Electric Prunes albums. This gives the album a moody countenance that's aided by the intricate keyboard work of Bill (Casey) Cosby.
There's also plenty of tasteful acid guitar from Dave Padmore, and strong dual male / female lead vocals, which invariably invite comparison to Jefferson Airplane, but remind this listener more of H.P Lovecraft.
The album flows particularly well, fairly evenly balanced between heavier rock numbers and moodier ballads - both styles captured well with very strong and well written songs.
The band's short lifespan came to an end very quickly when the draft was instated - I certainly wonder what this lot would have come up with next, if given the opportunity.
As one is unlikely to ever come across one of the original Sentinel copies, I can highly recommend the reissue from Sundazed - the LP version of which comes with a reproduction of the original gimmick cover, while the CD features a number of instrumental bonus tracks, giving us the most complete picture we're ever likely to get of a band that was never really given the chance to take off.

The band's guitarist, Dave Padmore had a chat with us here: 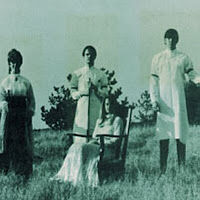 The Active Listener : Before forming the Music Emporium you were in several other bands - what can you tell us about them?

Dave Padwin : I had played in cover bands around the midwest, wandered out to Los Angeles and fell into this band, then called the Cage, which turned into the Music Emporium.


The Active Listener : It seems that the Music Emporium's influences were a lot more diverse than their contemporaries. The use of choral vocals is especially interesting. How did you arrive at the sound you created?

Dave Padwin : Dora, Carolyn and Bill, aka Casey, all had degrees in music. I remember Bill gave me an album with stuff like Flight of the Bumblebee, and he was on the cover playing the accordion. I think his accordion maker gave him the Gem organ. At some point he turned to rock, but his classical roots were still evident.
Bill wrote the songs. Iron Butterfly, the Doors, were among influences. We really didn't perform much, no bars, etc. We played a lot of high school assemblies which Bill got us thru his classical music reputation. I don't know what the schools were thinking: the educational experience of having us blast their ears out with our 200 watts each. 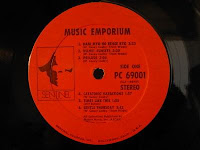 The Active Listener : The album has developed quite a cult following over the years, and now is acknowledged as a classic amongst psychedelic collectors - it's a personal favorite of mine. Have you listened to it recently, and how do you feel about it now and about it's following?

The Music Emporium album was first released legitimately in 2001 when Sundazed bought the original tapes. It was 1968 when we recorded what was intended to be a demo. The recording had flaws. When the tapes were sold, the buyer decided to save what we had rather than rerecord. Some college students designed the cover. 300 records were made. I have one. Another sold on ebay a couple years ago for $2147.00 from Spain.
At some point the 300 originals escaped their box. It was a pirates dream. Over the years I'd gotten phone calls, some from other countries, asking about the Music Emporium, if I had other tapes, etc. But the callers never told me much. I didn't want this out there, it had flaws, it was meant as a demo.
When Sundazed talked to me about re releasing the album I reluctantly agreed to be helpful only if they could find Bill and he was agreeable. I never thought they'd find him. They did, retired from a career in the military. It was the first time I talked to him in 30 years. I do think Sundazed did a good job of polishing up the flaws. I've accepted the record more now and occasionally listen to it on YouTube.

The Active Listener : I've read that the band broke up when Bill ( Casey ) Cosby was drafted. Is that right? 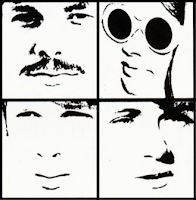 Dave Padwin : Bill had a choice, get drafted and risk going to Vietnam or join the Army and be in charge of the music at West Point. So that's the end of the band.

The Active Listener : You're obviously still playing guitar. What have you been doing since the late sixties, musically or otherwise that you'd like to share?

Dave Padwin : When I retired from my day job in 2001 I got back on guitar. The technology has made it interesting. Today I play mostly blues and perform solo regularly at bars and events in northern Wisconsin.