Out of the Crates

Today's "Out of the Crates" selections have been supplied by Alan Bumstead. Check out his vinyl blog here.


I’ve made three selections for Active Listener’s Out Of The Crates series, although my selections are not old items found by painstakingly digging through crates – I openly confess, I bought these via the internet while they were still new and (just) affordable, before they sold out that is, and before the price suddenly rose sky high. In that sense, they’re not necessarily hens-teeth rare (which only comes with age), but they have become damn near Kanye West diamond-teeth expensive. The price will come down eventually when second hand copies hit the market in however many years it’ll take for those who bought ‘em’s fortunes to change or half-hearted collectors finally realize that while it felt cool to own a copy at the time, it no longer feels necessary. Nevertheless, I harbour a small nerdy pride at managing to secure myself copies of these while the going was not quite gone and the price not quite offensive. 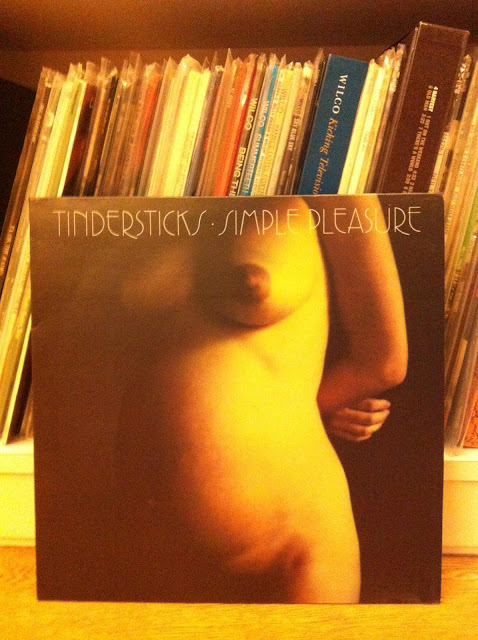 The first is a record that I believe was probably released right at the nadir of LP popularity which was the zenith of CD popularity – around 1999, when albums like the Tindersticks’s Simple Pleasures were produced in such small numbers on vinyl because the vast majority of the band’s fanbase were CD buyers. Except for a scant few European vinyl freaks, who else cared about the vinyl? I bought Simple Pleasures in the year of release, on CD of course. It’s not quite my favourite Tindersticks album, but then it’s certainly on an equal footing with the other four of their run of five brilliant albums, Tindersticks I through Can Our Love. It pops up more often now, but a few years ago, a good vinyl copy was hard to find, and only at usually outrageous prices. I think I paid something slightly less than outrageous courtesy of my pathological near-daily checking of auctions sites a few years ago, and finally landed myself a brand new copy. This album signaled a distinct move away from the dramatic style they’d become entrenched in with Curtains, to something more upbeat, soulful, and danceable. It’s a great listen. If you’ve got the dosh and patience and the tenacity to keep looking, you’ll find a copy within a few months, without too much hassle. 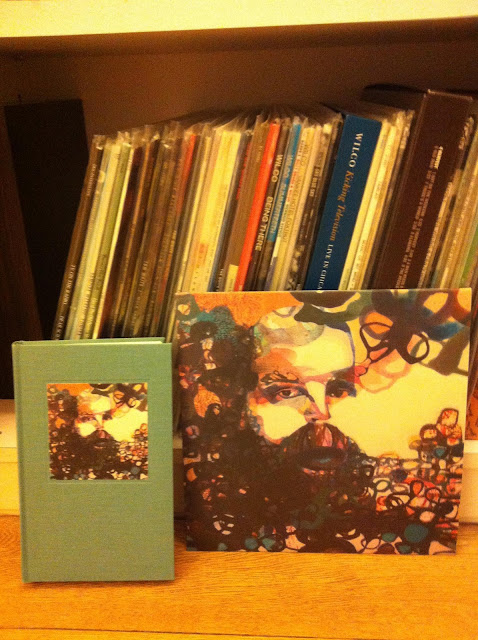 I am an obsessive Bonnie ‘Prince’ Billy collector. This man never ceases to amaze me. Naturally then, when I heard about the hard cover “limited to only 300 copies” worldwide release of his interview book with Alan Licht, which included two ten inch records containing six of his songs re-recorded, I jumped on it. Here was the deal though – it could only be purchased by residents in England for a hefty 150 quid. Thus I ordered my copy, had it sent to a friend in London, who then forwarded it onto me for another not unsmall sum of royal airmail postage in fat British pounds. And I am now one of only three hundred suckers in the world with one. Nevermind that the songs on the EPs have since been issued on a single 10” record, with a different cover, titled Now Here’s My Plan. The book of course is available worldwide as a paperback edition. Hey, but at least my double 10” is 45-speed vinyl, a higher quality listen, so take that you single 10” at 33 rpm-owning schmucks! New copies of the hardback/double 10” are already going for 300 euros on Discogs. The songs themselves are enjoyable, though I hesitate to recommend them over the original versions. 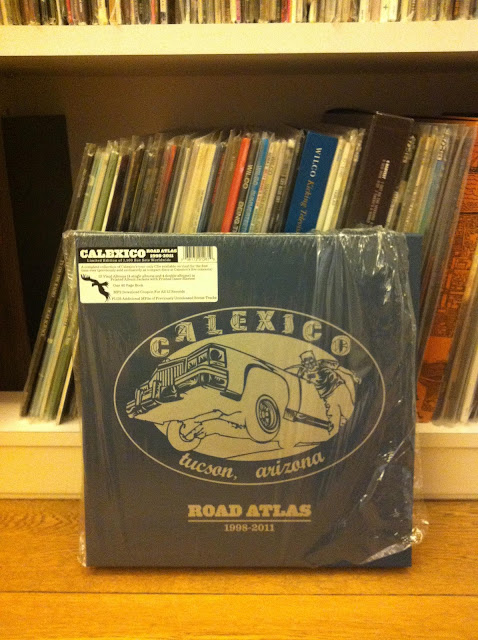 I stumbled on a blog just by chance last year and just at the right time too. It mentioned the release of the Calexico LP boxset of albums that had previously been sold on CD only at Calexico concerts, Road Atlas. I got mildly excited, being something of a Calexico fan, and found what must have literally been the last copy going on ebay, mint, and only $140 US – it’s original price. The two web outlets for this mentioned on the Calexico website had both sold out. 1200 copies worldwide I believe. And some actual ma & pa shop in the US still selling their last copy via ebay for $140. Unbeknownst to them, the set wouldn’t appear on ebay again for anywhere near the same price, and is currently selling for well over double that on Discogs. So, I’m glad I got in when I did. Erm…this is where the fun of record collecting spills over into fetishistic emptiness however. Road Atlas is like 12 records, such a monolith, so daunting in fact that I have yet to play any of them. It’s like a project I’ll get to working on one day. But just to prove I’m not in this for commercial gain, I did at least get as far as ripping off the shrinkwrap and pulling all the records out to browse their covers, and read the enclosed 12” booklet, meaning my copy is no longer mint. My saving grace. And that’s the way it should be.