An Interview With Beaulieu Porch 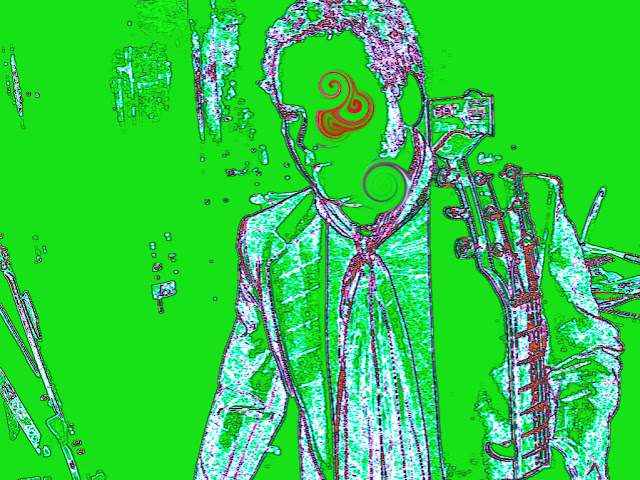 Simon Berry, A.K.A Active Listener favorite Beaulieu Porch was kind enough to answer a few questions for us. A number of which pose further questions. It's an entertaining read with tongue firmly in cheek.
What's that you say? You don't know Beaulieu Porch? a. shame on you and b. head here for a read and a listen. You're back? Good, wasn't it? Now have a read.

THE ACTIVE LISTENER : Tell us a little bit about Simon Berry.

SIMON BERRY : I live in a secret compartment in an empty box called Salisbury. A city in the U.K. famous for Dave Dee, Dozy, Beaky, Mick and Titch and a big cathedral. I do my own thing. I make my music, I love my beautiful wife and children and I am happy.

THE ACTIVE LISTENER : How did you first get into music and what was influential to you at the time?

SIMON BERRY : I wanted to show off to girls, and some friends were forming a punk band, so I ordered a guitar from my mum's catalogue, bought an amp on weekly repayments and quickly learnt how to make a loud noise. My school years had been a complete waste of everyone's time, despite having attended a good quality, boys only grammar school, and I had absolutely no interest in work or a career. I was going to be the next big thing. I was destructive, arrogant, rebellious and 16 years old. It didn't really work though, because whereas Johnny Rotten, Joe Strummer and co had the the look and the right poise, the zeitgeist, I was about 4 feet tall and had the angelic head of a Little Lord Fauntleroy and the squeaky voice of a glove puppet.
THE ACTIVE LISTENER : What did your first songs sound like?

SIMON BERRY : My early stuff - just like the massive, vast majority of all songs and everything - was full of sound and fury, signifying nothing. Thankfully,as far as I know, nothing recorded remains. I started off by pretending to be The Buzzcocks, then The Long Ryders, then The Three O'clock and The Rain Parade and eventually the Left Banke.

THE ACTIVE LISTENER : You had a number of other projects leading up to Beaulieu Porch. Tell us a little about each of them. Are any of them still active? Have you always worked in the one man band format, or have you worked with others on previous projects?

SIMON BERRY : Up until Beaulieu Porch, it had always been a band, the best achievements of which being the odd, small review in the local paper. Which I normally wrote myself, under a psuedonym. I worked out recently that over the years I have been through at least 60 different band members, and I've yet to meet anyone, where I live, with any interest or knowledge of psychedelic music. I decided that I should either give up trying to flog a dead horse, or else do it all myself. So I did it all myself.

THE ACTIVE LISTENER : The Beaulieu Porch album seems to have a heavy Beatles influence, but I also hear a lot of Dave Fridmann in there. Who were your main influences for this album ?

SIMON BERRY : I'm ashamed to say that I'd never heard of Dave Fridmann ! Having looked him up, yeah, I get that and I like it ! There is of course an unabashed Beatles influence and that's probably because the work of Lennon and McCartney (and George Martin) has given us the biggest, most obvious template from which to create ambitious, melodic pop music and it can't be ignored.There's a lot of other stuff that has inspired me, but it's more overall 'feelings' than actual songs. Above all, I like to think my songs represent Englishness, or at least my own, personal, romantic, made up view of England that exists only in my head.

THE ACTIVE LISTENER : It's got a very cohesive album feeling to it - was this your intention?

SIMON BERRY : In the choice between cohesive and random, I would choose cohesive every time, unless I was choosing random. 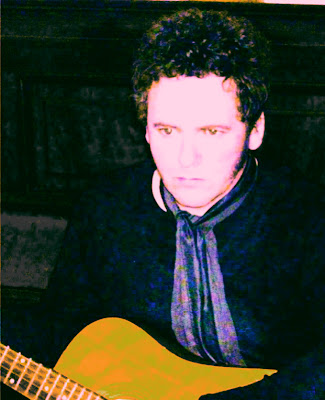 THE ACTIVE LISTENER : Nice answer. We'll move on then. How has the album been received?

SIMON BERRY : I've had some unbelievably good reviews and comments and I'm slowly collecting fans from all over the world on my websites. I had a few offers from record companies, but I decided to go with Out Of The Box Records, which is part of the Musik And Film company in America. They seem to have a bit of clout and know-how when it comes to distribution and getting stuff out there. Early days yet though.

THE ACTIVE LISTENER : How did you get hooked up with the Peppermint Hill who released your excellent "Colour 55" 45?

SIMON BERRY : That came about after I'd spoken to Adam Mattson on his Smiles And Frowns band myspace. I'd sent him a drooling fan message, saying how much I was blown away by his instantly memorable, quirky, psychedelic pop/folk. He replied saying that he liked my stuff too, and before I knew it, he'd offered me an exclusive one-off deal on the single. It was the last thing I had expected, and the result was a beautiful, lovingly hand crafted piece of work in a fold out sleeve and on coloured vinyl.It gave me a right old kick start.

THE ACTIVE LISTENER : Do you write your material intending it to be for a specific project, or write and then work out where it belongs?

SIMON BERRY : I used to have to write a lot of songs for my live bands, so they were simpler and more direct. Now I can be as self indulgent as I like, and disappear up my own backside whenever I want !

THE ACTIVE LISTENER : Is Beaulieu Porch an identity that you intend to release further material as, or are you moving on to something else?

THE ACTIVE LISTENER : Any other projects in the pipeline you'd like to talk about?

SIMON BERRY : I have a seperate release on Bandcamp under the name Spider 72 ( reviewed here - ed. ) . This is basically stuff I recorded for my last live band, British Light Music. We had a good bash at it for a couple years, played at a few festivals, got a bit of radio play and played at The Cavern club in Liverpool as part of the International Pop Overthrow festival. The reason that it never really worked out was that we couldn't get anywhere near replicating the recordings in the live performances.

THE ACTIVE LISTENER :  Is there anything else you'd like to talk about?

SIMON BERRY : I've always been happy being a bit of an outsider, I think it's good and necessary for some people to take a sideways stance and stick two fingers up to the lowest common denominator. It's also quite cozy though to feel a part of something, and it's encouraging to know that there's a world-wide community of talented psychedelic musicians and enthusiasts out there !