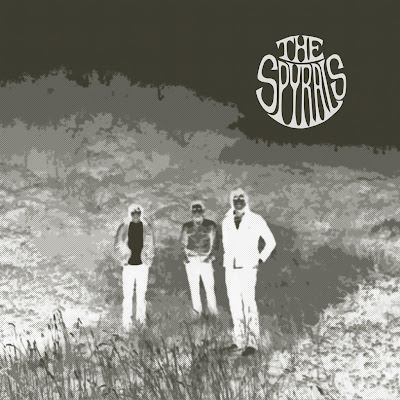 San Francisco's The Spyrals were a new band to me when I came across this, their debut album.
They've been releasing E.Ps and 7"s since 2009, which seems to have been a wise move - giving them room to grow before committing to a full album, which has resulted in a very confident sounding debut.
It's garage rock at it's heart with plenty of psychedelic touches, but they've also obviously been inspired by more recent acts as well, which means that it's not unusual for a track to sound like early Pretty Things, the Stooges and the Black Angels all at the same time.
Which is not to say that they're derivative at all. There are plenty of original and unexpected touches in the arrangements like the mock spaghetti western intro to "Radiator" and the old-school harmonica flourishes peppered throughout "The Rain", while opener "Lonely Eyes" succeeds at the unlikely task of reimagining New Order as a psychedelic garage rock band.
"Evil Kind" is my pick with it's demented effects laden guitar riff and creepy spiralling organs. Not to mention great vocals dripping with attitude and menace. Great.
If the idea of a Mudhoney raised on early Electric Prunes records appeals to you as much as it does to me, then dive on in here.

You can buy it on LP or digitally here.