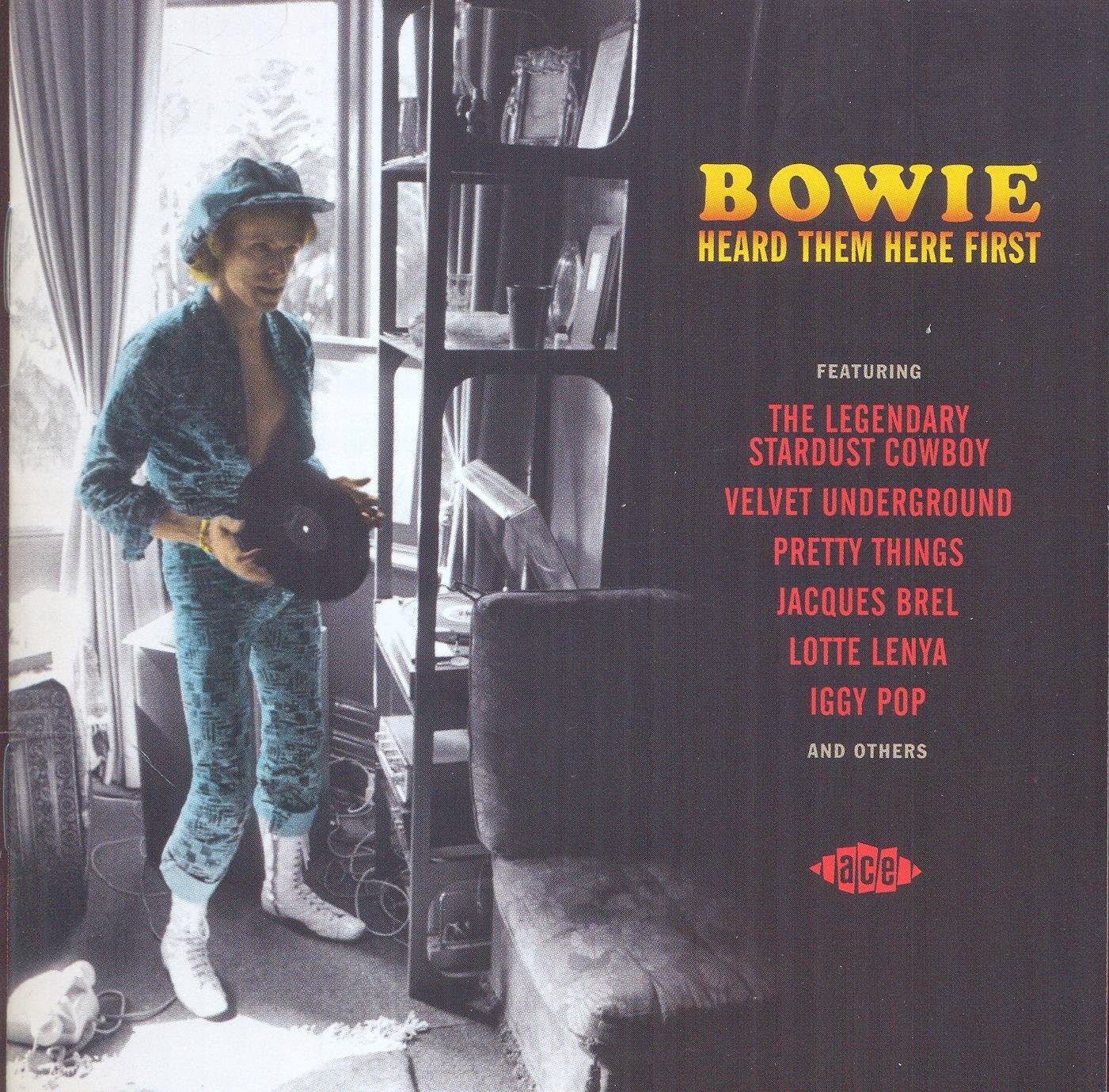 Expecting little more than the source material for "Pinups", with the odd extra thrown in, I was pleasantly surprised to find that this is the a particularly well thought out, chronological collection, which delves deep, and does a startling job of illustrating the pool of influences (particularly early on) that once mixed and refined, would yield the classic Ziggy Stardust sound.

The title concept is occasionally treated loosely (I suspect Bowie is more likely to have first heard Scott Walker's version of "Amsterdam", before working his way back to the live Brel version included here), but the track selection is largely inspired. Notable absences such as Pink Floyd, The Rolling Stones and Neil Young (presumably down to the expense of licensing) largely work in the collection's favour, especially when considering it as an educational tool, as well as an entertaining collection in its own right.

Stretching back as far as his days with the Manish Boys (Bobby Bland's "I Pity The Fool", early highlights are provided by Biff Rose's "Fill Your Heart",which Bowie and producer Ken Scott seem to have used as a template for the mellower, spacious production of "Hunky Dory", and The Mersey's "Sorrow", the original of which is likely to be unheard by the majority of my generation, and is surprisingly beaty and brassy compared to Bowie's approach.

After the "Pinups" material the approach becomes more eclectic (as did Bowie's approach to making music), making the second half a more disjointed listen, but with plenty of inspiration still, including a few tracks that casual listeners may not have realised weren't Bowie originals (Tom Verlaine's "Kingdom Come" and Metro's "Criminal World (with great guitar work which predicts David Gilmour's playing on "Keep Talking")), as well as the Walker Brothers' classic "Nite Flights", the Pixies, the Modern Lovers, and a potentially divisive closer in "I Took A Trip (On A Gemini Spaceship)". Originally by infamous outsider music character the Legendary Stardust Cowboy, its stoned Johnny Cash sci-fi/rockabilly drawl veers unpredictably between the ridiculous and the sublime.

All in all, a very interesting collection that highlights Bowie's skills as an accumulator as well as an innovator.