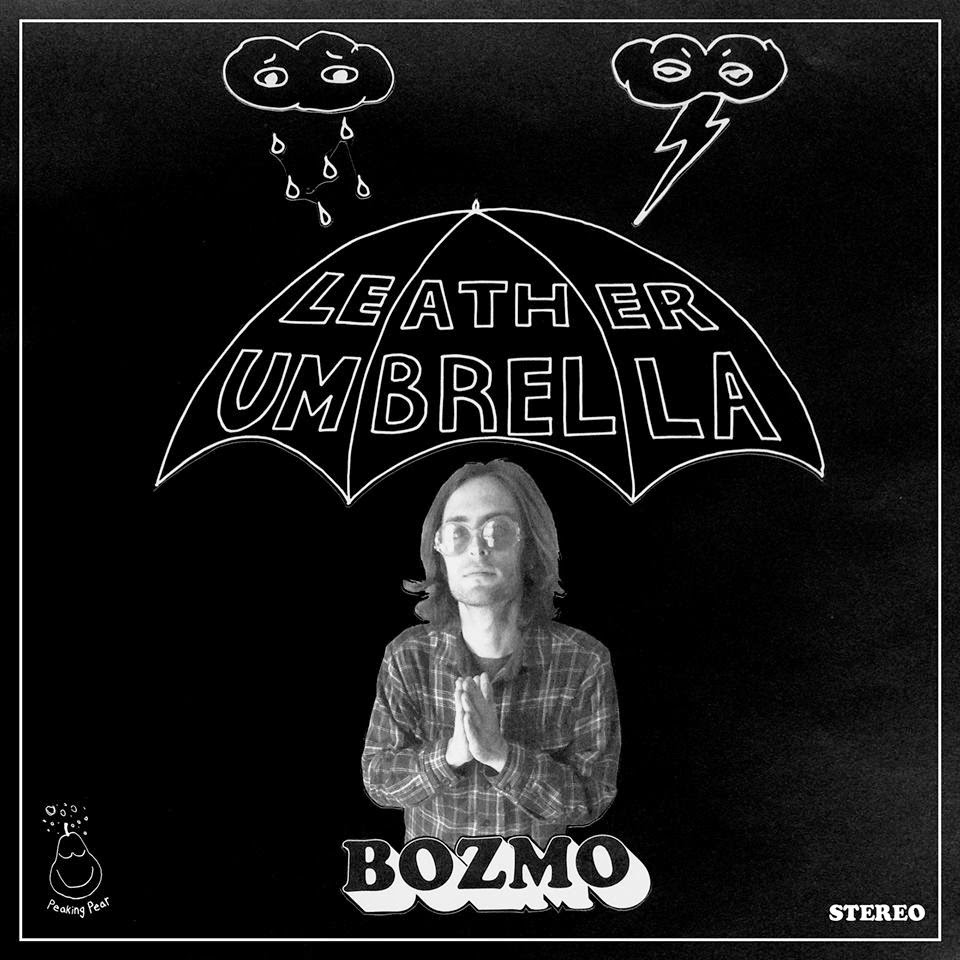 "Leather Umbrella" is an extremely appealing second album from Berkeley native Bo Moore, which combines a nice, lo-fi Velvet Underground vibe, with just the right amount of shaggy, sunny psychedelia to ensure that it's all about the tune rather than the drone.

Moore's tunes aren't retro just for the sake of it either - each song is appropriately attired according to its needs, whether that be the winsomely multilayered psychedelic pop of the title track, or the more Pavement-like swagger of "Wig Strut".

And while this grab bag of influences may sound a bit messy on paper, Moore has a strong enough identity of his own to never get swamped by whomever he's channeling.

Highlights are numerous - initially I was drawn to the opening one -two of "Sad Bishop" (Beatlesque tape loops and mellotrons included) and "Leather Umbrella", but I've become increasingly attached to the strong middle section with "In a Dream" (a beautiful, reverb dranched garage pop ballad that reaches back to the late fifties), the unhealthily addictive "Perry & The Vest", and particularly "Cheap Blue Memory" which is blessed with a melody that draws on my deepest reserves of melancholy, in a way that few other than Elliott Smith can do. Come to think of it, the closing stretch is pretty solid too.

If you're a Burger, Trouble in Mind or Lolipop Records disciple, you'll need this.