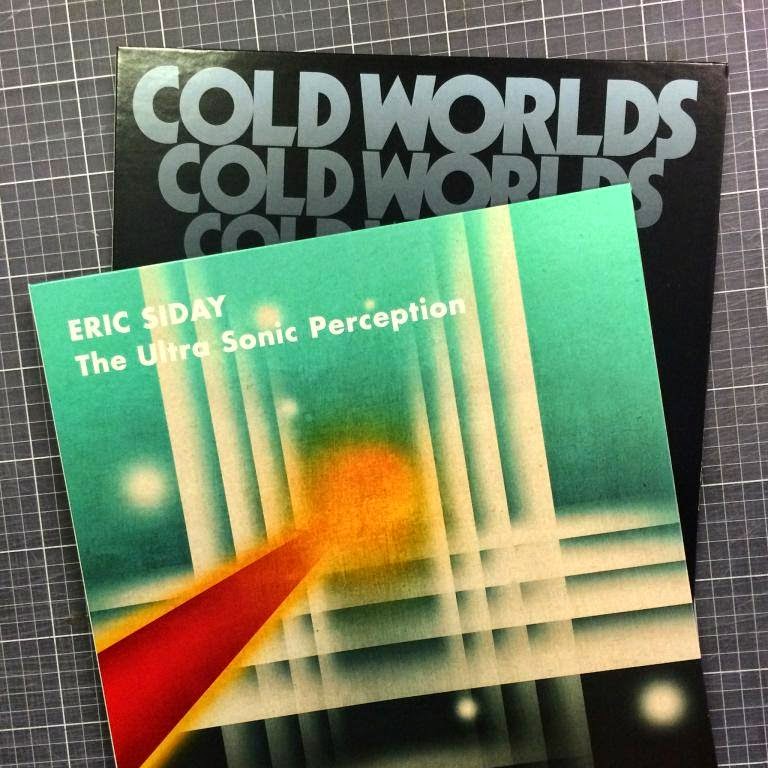 Newish Australian reissue label Dual Planet gained a pretty big endorsement early on via their collaborations with supreme crate diggers Finders Keepers. Like Finders Keepers they focus on the painfully obscure but invariably brilliant. Unlike Finders Keepers however their focus is not on the global but on unearthing unknown Australian gems and presenting them to a global audience who are paying increasing levels of attention.

Their latest two releases couldn't come at a better time, and the fact that the masters of these tapes even still exist is astonishing.

It's surprising how much music used in the early years of Doctor Who came from Australian composers, including these two rare examples. Startling examples of early, pioneering electronica, they make for essential listening as enjoyable as it is influential.

First up is Eric Siday's "The Ultra Sonic Perception", a collection culled from a series of 78rpm 10" releases which showcases Siday's scientific study of sound, a concept he branded "The Ultra Sonic Perception". Combining electro-acoustic and early electronic music, Siday's atomic age sound vignettes were picked up by the BBC for use in early Doctor Who serials like The Space Museum, The Time Meddler, The Moonbase and more, helping to shape the show's eerie futuristic sounds - sounds which The BBC Radiophonic Workshop are generally given sole credit for devising, although artists like Siday were often not connected to the Beeb. By turns sinister and quirky there are lots of familiar pieces for the seasoned Doctor Who trainspotter here, and plenty for the rest of us to marvel at too.

Step forward a few years for our next release. Don Harper's "Cold Worlds" is built around a suite of music from late Patrick Troughton Cybermen invasion epic "The Invasion". Suitably enough for a story intended to portray the threat of an alien menace in a very familiar locale (contemporary London in this case), Harper's work is a more sophisticated and insidious combination of the alien and the everyday, effortlessly combining throbbing Radiophonic menace with unusual and off-kilter cinematic jazz like a paranoid, LSD addled John Barry.

Elsewhere there are moments that will seem eerily prescient to fans of the disturbing ambient side of David Bowie's "Heroes".  Also included on "Cold Worlds" is material from some of Harper's rare library releases, particularly those focusing on the sinister and otherworldly. This includes cues used memorably in George Romero's "Dawn of the Dead" all of which makes this a bit of an essential treat too. Get them both.

Don Harper's Cold Worlds is available here on vinyl, and here on CD.