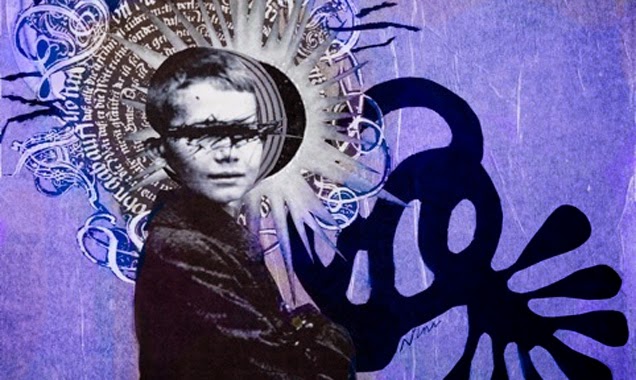 In an attempt to make my everpresent pile of albums to review more manageable I'm going to compile a regular brief reviews section where I will direct you towards extremely worthwhile new releases that I wouldn't otherwise have the time to write about.

Click on the album title to listen or buy.

Geelong's The Laughing Trees are back with a new E.P "Off Our Tree", which goes a long way to proving something that we already kind of knew; Australia has a pretty great garage / freakbeat scene. "Off Our Tree" is as good as anything that their more well known colleagues The Frowning Clouds have released recently, an enjoyably shambolic take on freakbeat with more than a little motor city mayhem to spice things up.

There's no need for me to cover this in great detail because every other website you can imagine has already done so, but everything that you're hearing about the new Brian Jonestown Massacre album "Revelation" is true; it's a potential career bester up to this point and gets better on every listen. Great production too, all done in house in Anton Newcombe's Berlin studio. If this is where a total no interference policy is leading him, leave him the hell alone. Essential.

Briars Frome is an interesting new E.P by Mark Back with a similar concept to the Soulless Party's excellent "Tales From The Black Meadow". Where it differs substantially from its other hauntological brethren is in its dominant use of guitars to conjure its mood of chilly desolation. Back is to be congratulated for the exceptional sense of atmosphere he creates here without falling back onto the standard hauntology staple of vintage analogue synths. As much as I love a bit of synth wizardry, it's refreshing to hear a different approach taken like this and I'd guess that fans of Opeth's quieter moments would find much to enjoy here. Speaking of Opeth, their new album "Pale
Communion" has just found its way onto my stereo and judging by this first listen it's likely to spend a considerable amount of time there. Where 2012's "Heritage" sounded tentative, this is a much more confident statement from Akerfeltand co. Much more vocally driven and with Akerfelt's clean vocals sounding more confident than ever this is perhaps the most seamless tapestry of melody and heaviness that Opeth have woven so far. There are plenty of fluid guitar leads working their way into the busy prog riffery to make this a much heavier album than "Heritage" without Akerfelt having to revert to his cookie monster vocals for impact. Focused, rhythmically varied and very satisfying.

Californian psychedelic / improv voyagers Swimming in Bengal have an excellent new album out which those of you like having their mind expanded by killer exotic jams should investigate immediately. Middle Eastern/South Asian melodies, rhythms, and drones are navigated fluidly by this exceptional three piece who make extensive use of gourds, tablas and various wind instruments to conjure vivid and unpredictable soundscapes which are just as likely to ensnare fans of world music and jazz as they are the psychedelically minded like ourselves.

Last up for today is Buffalo, New York's Makaras Pen who's latest E.P "Journeys To The End" is one of the best slices of shoegazey dreampop I've heard this year. Finding a middle ground somewhere between the lush melodic dreampop sounds of the Cocteau Twins and the heavier, cavernous guitars of Serena Maneesh, Makaras Pen sound extremely confident, and with Jenna Willis's vocals at the forefront who can blame them?