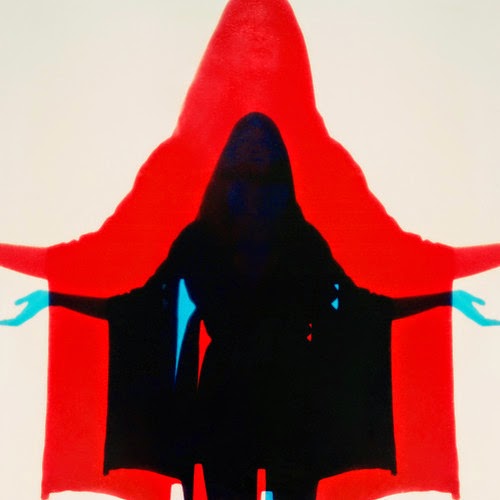 Cincinnati's Electric Citizen have developed quite a reputation in the eleven months since I reviewed their debut E.P, culminating in a recent tour with Fu Manchu and now their debut full length on Riding Easy Records.

Recorded under the watchful eye of Brian Olive, "Sateen" is an extremely confident debut, taking the strengths and versatility of their E.P and expanding upon them exponentially.

For those just catching up, Electric Citizen combine the heavy rock of late sixties/early seventies Vertigo records, with layers of mellotrons and other vintage keyboards, as well as a shade of the heavy riffing of early NWOBHM.

Laura Dolan's vocals are still the most attention grabbing element at play here, often multi-tracked with a hazy overlap that makes it sound like looking at one of those old 3-D pictures without the blue and red glasses on. There are moments where she really lets rip and you'd swear it was a young Joan Jett. Phwoar. Guitarist Ross Dolan channels some pretty memorable influences too, particularly Tony Iommi (the intro to "Shallow Water" has the restrained pre-fuzz tones of the first Black Sabbath album) and Pentagram's Vincent McAllister.

There are a lot of bands around doing this sort of stuff, and doing it very well; Blood Ceremony, Witchcraft, Graveyard - but Electric Citizen are refreshing for their lack of over the top occult references, not something I have a problem with at all, but certainly something that lesser bands tend to use as a bit of a novelty crutch, where Electric Citizen need none.

It's definitely a heavy rock record, but the lines are blurred between genres here to the point where "Sateen" is likely to appeal to a lot of Active Listener readers that aren't usually drawn to these sorts of things. Vintage appeal aside, the reimagining of "Hawk Nightingale" is recast as one of the most deeply lysergic pieces I've heard this year, and leaves the original (itself a highlight of the E.P) for dead.