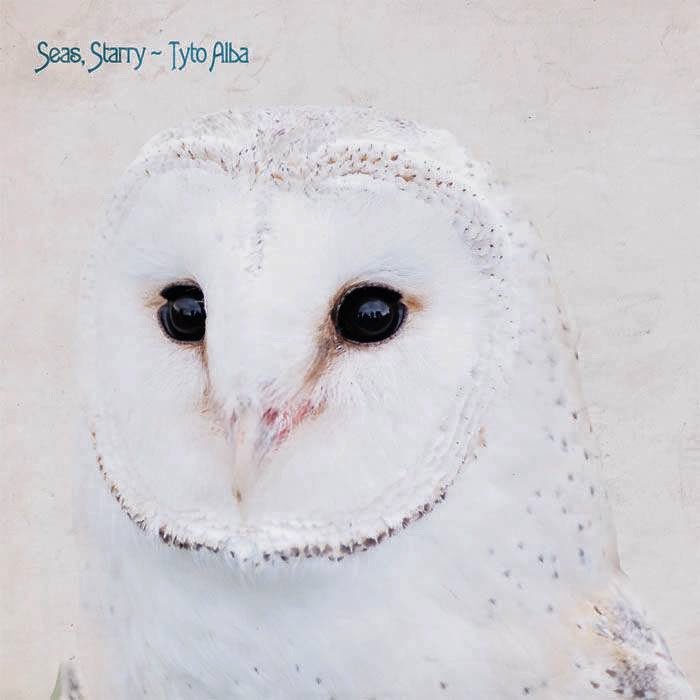 Way back on The Active Listener Sampler #9 I premiered "Cody", from the at the time upcoming album "Tyto Alba". Fast forward to July 2014 and that upcoming album has, um, come up.

Seas, Starry are an Aberdeen based six piece who are by and large unclassifiable. The term post-rock would almost certainly have been used a few years back, but we live in more enlightened times now, times in which Seas, Starry's evocative instrumental rock can exist solely on its own merits, without the need for a parent scene to attach it to.

Pulling from all sorts of influences - shoegaze, psychedelia, drone, krautrock, oh, all right, post-rock too then - "Tyto Alba" is a lovely piece of work. Characterised by gorgeous, soaring waves of guitars which feedback and squall deleriously with fluid and organic rhythms that lack the rigid, mathematical precision of their predecessors these are songs that build to massive, glacial crescendos in a slightly out of focus fashion which only enhances its otherwordly beauty.

Album centrepiece "Silfur" does have more than an air of Mogwai to it (which is welcome), but it's the more upbeat and riffy spacerockers like "Space Boat" that best set out their own stall.

The band are already at work on a second album which we've been told will see a change of direction, making "Tyto Alba" an essential snapshot of a young band at their most fertile and creative.

"Tyto Alba" is available digitally here, and on vinyl here.