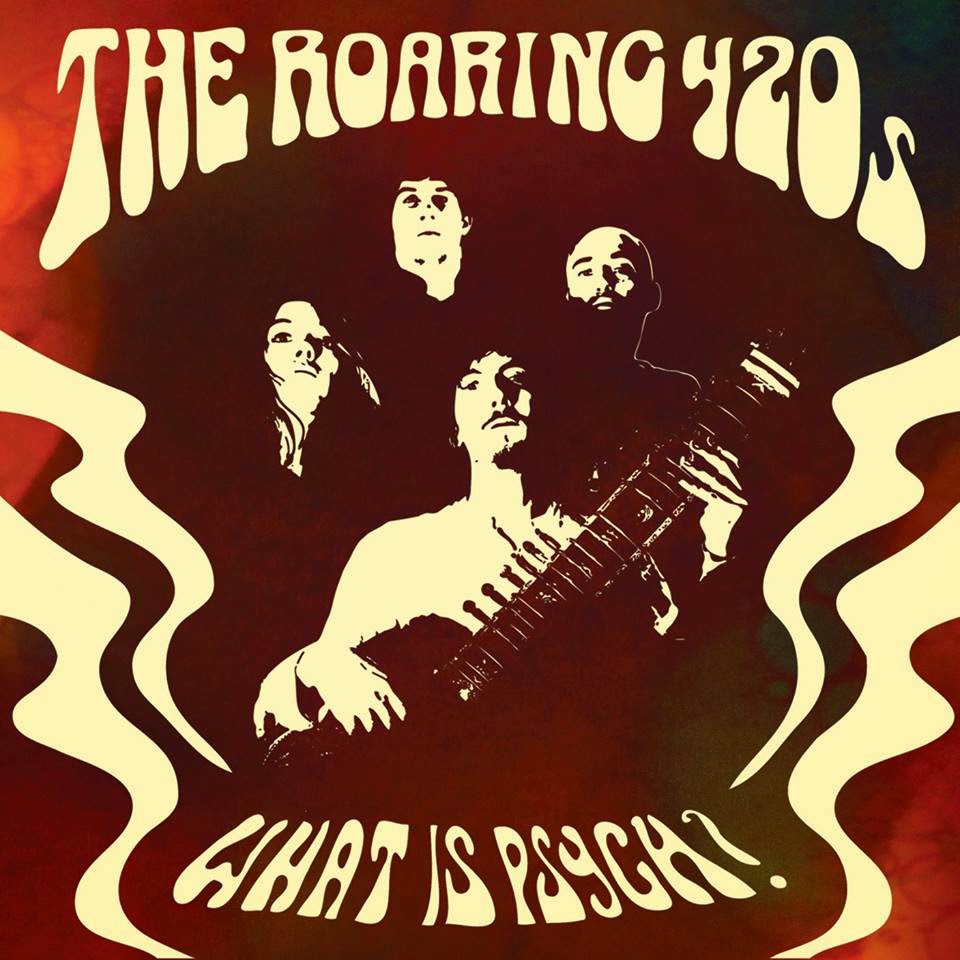 Its unclear whether Dresden's Roaring 420s (previously reviewed here), are searching for an answer to the titular question here, or offering up their debut full length "What Is Psych?" as their definitive answer. Either way, "What is Psych?" is clearly psych of a vintage fashion - none of this effects laden shoegaze on show here.

Unfortunately the prominently displayed sitar featured on the cover appears only very briefly, used to excellent effect on "These Woods of Stone", which oddly ends up sounding like a solo Thurston Moore tune.

The dominant flavour is less trippy and mystical than the cover may lead one to believe, with the blossoming folk-rock jamming of San Francisco 1967 being recalled most often; jangly guitars, heaps of vintage organs, a few mild effects thrown in here and there, and unusually for the preceding elements, a whole heap of surf too, right down to the tempos, heavy use of tremelo and the precise lead guitar lines.

It's all extremely well done, with the earlier single "Blue Jay" being the initial ear grabber, with the bulk of the rest of album taking a little longer to establish itself.  "Yes I Am" is a stomping call and response dance party rolled into three minutes of peppy fun. "You Had To Learn It The Hard Way" has a vintage British R&B roll to it. Best of all are the tracks where the band stretch out and focus on creating mood, with the eight minutes of "The Tourist" rolling to a halt much too soon.

Vinyl and CD available here, as well as four streaming tracks to sample: