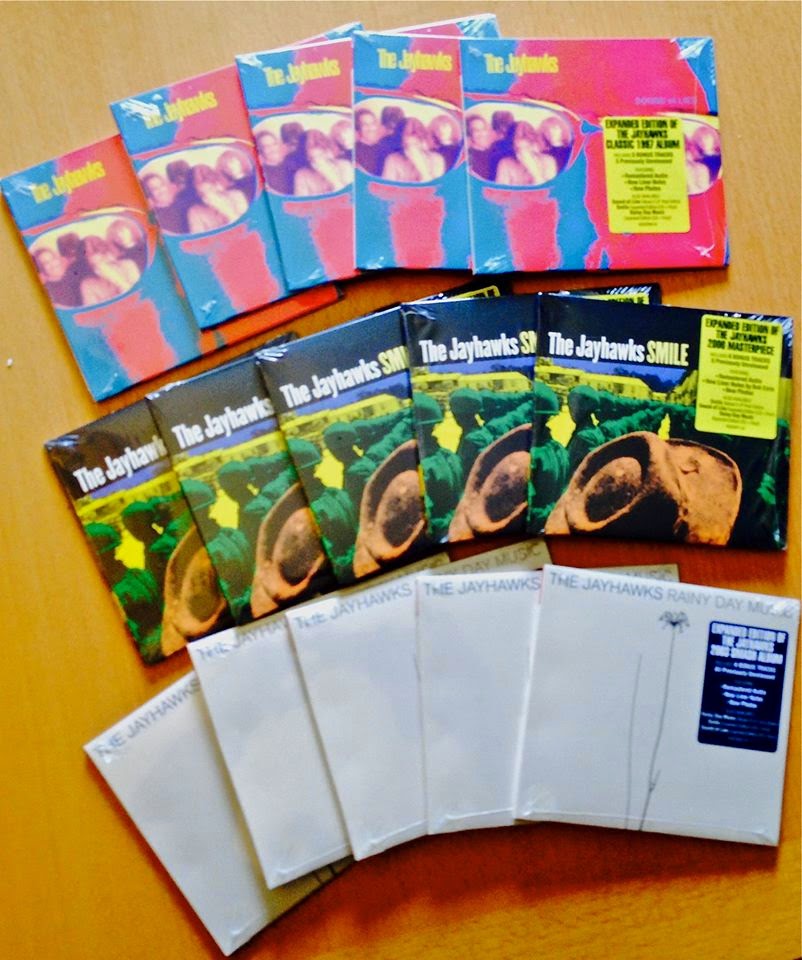 This fresh batch of Jayhawks reissues (loaded with previously unreleased bonus tracks) focuses on the three album period directly after the departure of Mark Olsen, half of the Jayhawks singer/songwriter partnership. The previous two albums are undisputed classics of the nineties, buoyed by two distinctively different songwriters whose voices harmonised in a way that didn't sound like anything else on the planet.

With Olsen gone, Gary Louris elected to carry on under the Jayhawks name, a decision which invariably led the public to expect more of the same, despite the sudden absence of half of the songwriting team and perhaps more importantly that distinctively odd and affecting voice.

The Louris steered Jayhawks started out strongly with "The Sound of Lies" abandoning the alt. country trappings of their earlier successes in favour of big shiny powerpop anthems. It's quite a departure, and Louris is to be congratulated for taking a brave new step where someone more tentative would have potentially been inclined to try and consolidate their earlier sound. Fans of Matthew Sweet and other contemporary power-poppers with big guitars will find much to love here, with anthemic single "Big Star" being a pretty blatant give away of Louris's ambtions and key influence for the album.

2001's "Smile" stepped even further away from the band's alt. country roots, but the decision to bring on bombastic producer Bob Ezrin (Alice Cooper, Pink Floyd's "The Wall") didn't sit well with Louris's intimate songcraft. Unfortunately this is Louris's least memorable set of songs (the best of which are available on The Jayhawks Anthology "Music From the North Country") and the frequent use of an embarrassing drum machine, makes "Smile" an album that sounded dated even at the time of release, which hasn't become more palatable over the ensuing years. Frustratingly, the bonus tracks on this are comparatively strong, so inquisitive fans may still want to shell out for this.

"Rainy Day Music" was a welcome return to form after this brief mistep. A mostly acoustic album with strong CSN influenced harmonies and exceptional, direct songs like "Save It For a Rainy Day" and the latter day Byrdsy "Tampa to Tulsa" . Most critics tend to credit "Sound of Lies" as the strongest of these albums, but to my mind "Rainy Day Music" has the edge and is a real contender even compared to their earlier albums. Great bonus tracks too.

These welcome and extremely well put together reissues shine a light on an underappreciated period in the bands history leading up to Olsen's eventually return for the excellent but commercially underperforming "Mockingbird Time" . "Rainy Day Music" and "Sound of Lies" are essential, and if you're a fan you're going to buy "Smile" whatever I have to say about it.

Sound of Lies is available here.