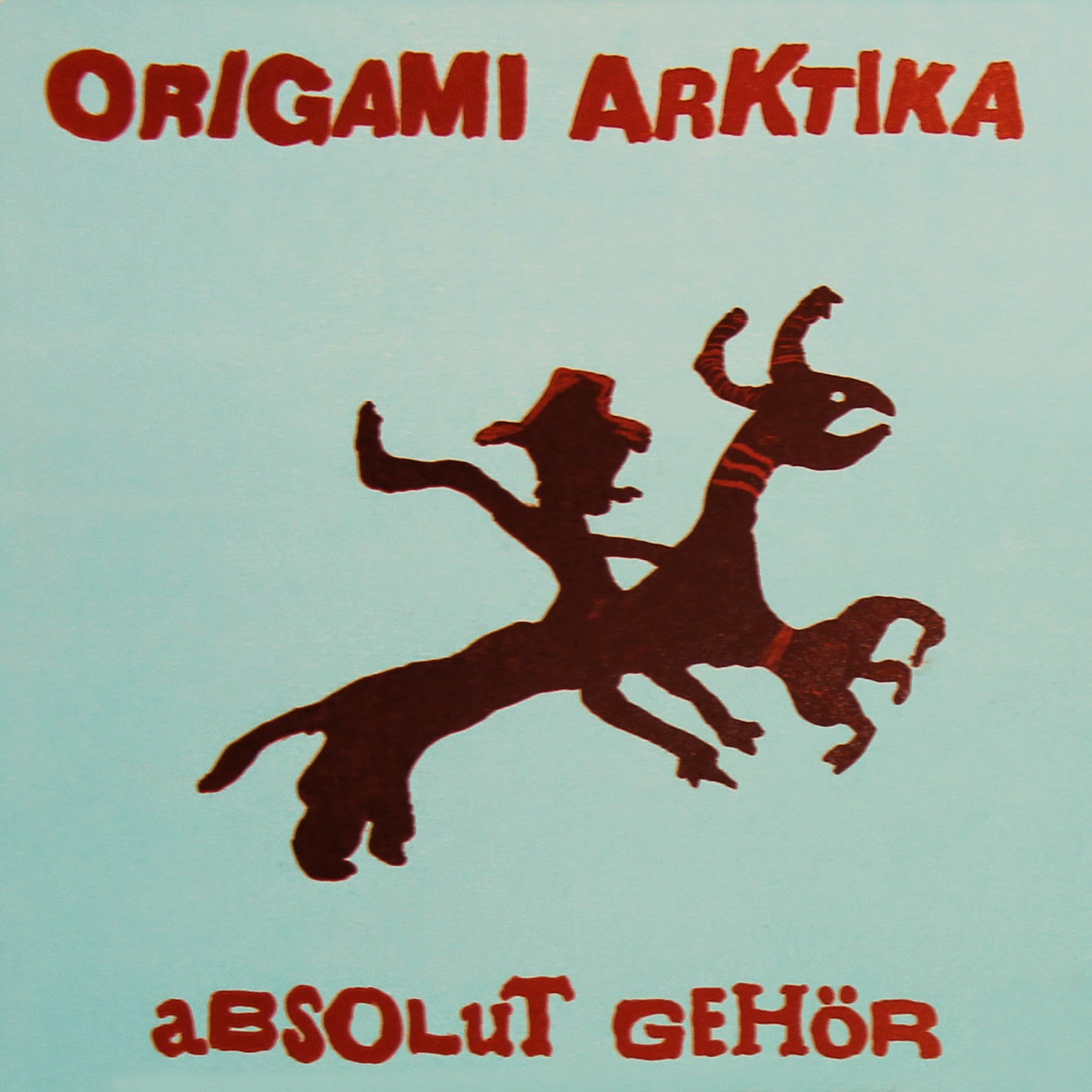 Norwegian artist collective Origami Arktika have been around for the last twenty years or so but outside of their native land still remain somewhat of an enigma and mystery to the average listener. Described as playing a ‘mutated folk music’ (an apt description) their sounds covers freeform experimentation, electronica and psychedelic folk with layers of drones, found sounds and traditional song that translates into genuine beauty and wonder; albeit at times of a darker hue and reflecting a sombre and unsettling undercurrent. At once archaic, ancient and alchemic, Origami Arktika seem to come from another age, or at least walk between the ages. Their music appears timeless, part of their inner and outer landscape and deeply indebted to their natural surroundings.The press release from Silber Records accurately presents Origami Arktika as ‘a knotty time machine, hotwired by haystack-poles and pitchforks, glued together with cow dung, old snippets of song, unheard drones and tones’.

Opener ‘Ro Og Hamle’ is a freeform drone slow builder with percussion clattering and shaking to both disturbing and hypnotic effect. However ‘Bryggja Te Jol’ is where the album really lifts off; a harmonium drone keens over an empty landscape as vocalist Rune Flaten invokes a traditional folk ballad in his native tongue. Bass then starts to propel the song and sawing bowed strings come together to create a virtual maelstrom of a track. Cinematic and hugely evocative, make no mistake; this is widescreen music. ‘Háttalykill’s discordant plinks and thumps lead into an evocative folk lament; this is music hewn from the hills and lakes and reminds this listener of the psychogeographical exploits of the splendid Xenis Emputae Travelling Band in its sense of place and rural mysticism. ‘Folkestadvisa’, with its single, sustained organ note and multitude of layered vocals is almost ethereal; a choral folk song both gentle and powerful. At times the Norwegian folk idiom seems to resemble to the Gaelic and Scottish Western Isles laments; the traditional yet instinctive phrasing and sense of melancholy and yearning bears close relation. ‘Tora Liti’ is an acid folk procession, strings and tabla merging with bells and effects in this traditional song rearranged by Arktika in line with their own keen sense of custom and belief. Dulcimer shimmers and echoes throughout the shadows; there is something altogether pagan and otherworldly at work here that steps outside of modern music. It is both ritualistic and profound and is truly mesmerising in it sparse power. It is tempting to think of the landscape of the collective’s native region of Telemark soaking into their inspiration; the fjords, mountains, black skies and rain drenching their spooked muse.

‘Det Syng For Storegut’ by contrast begins with an almost jazz led bass line as xylophone and drums create a trance like rhythm over which ominous drones rumble like peals of thunder. Disturbing and thrilling; this is music that follows only its own path. Comparisons to Primordial Undermind, the Jewelled Antler Collective and Book Of Shadows are reference points but here Arktika are in their own unique groove. Bowed guitar and hushed vocals add to the brooding atmosphere, at once intense yet also hugely exciting and not unlike like finding yourself under a massive thunderstorm. This is experiential music. An eleven minute epic, the song holds the tension expertly throughout. This track feels like the album's lynchpin and contains the vital elements of Arktika, namely the organic and adventurous spirit that underlines their aesthetic and approach as well as their able grasp of dynamics and hugely affecting atmospheric soundscapes. ‘Skonde Deg Du Jente’ – Lurlokk’ ends the album with an (almost ) acapella traditional folk song. The sense of barren beauty and windswept landscape lingers long after however.

There is supposedly a myriad of players in Origami Arktika and the revolving door collective not only contain musicians but filmmakers and painters and poets. Yet this is a cohesive and standout album with its own identity and sense of unique purpose. Walk out into the storm; spend some time with Origami Arktika.

Available now in a lovely handmade sleeve from the splendid Silber Records.