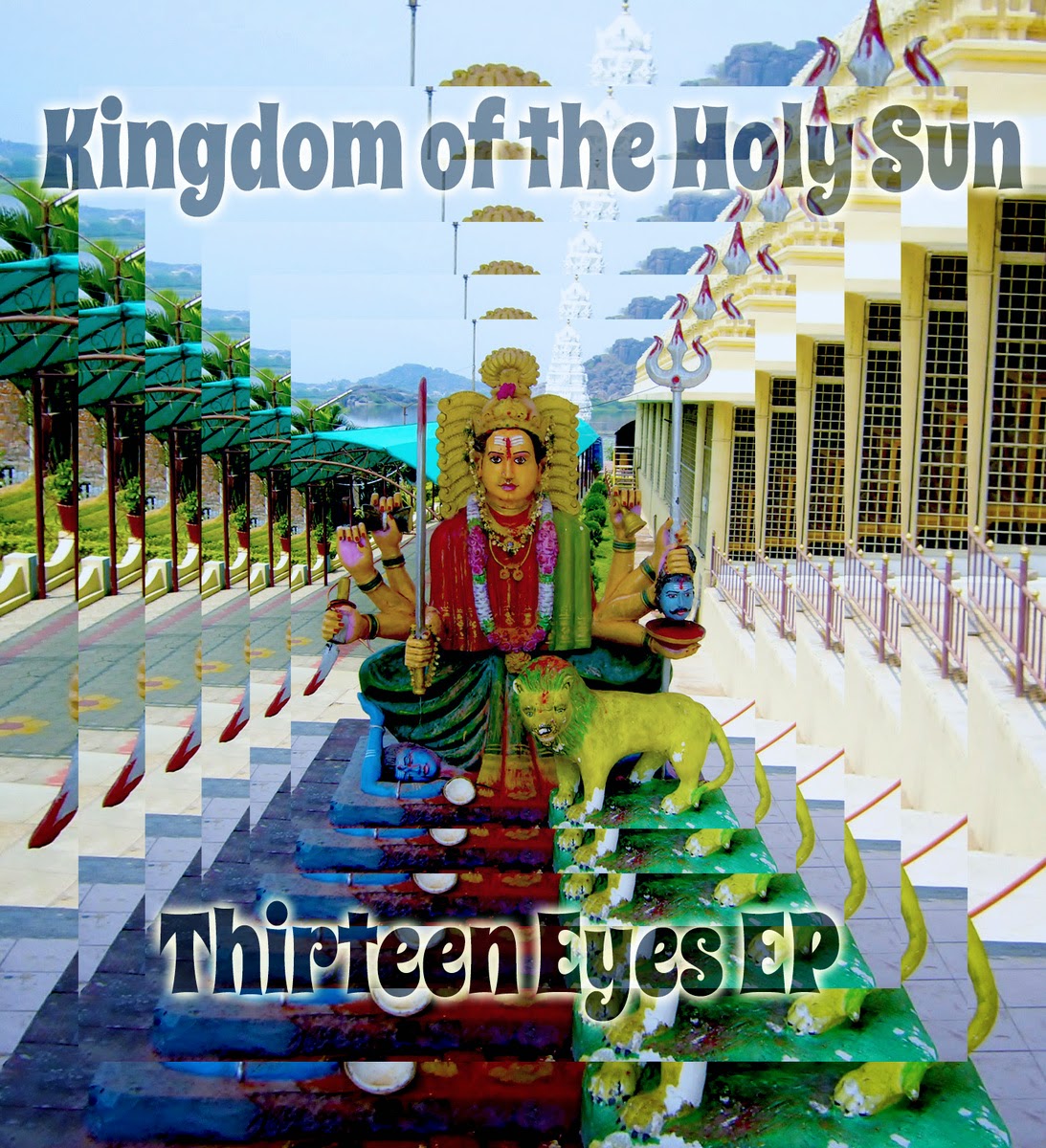 It's been a little while since I brought you one of these free download features, so here's another rundown of some great new releases in the psych world - all available on a free or name your price starting with $0 basis through Bandcamp.

Kingdom of the Holy Sun "Thirteen Eyes" E.P
Guido Anselmi's prolific tribal psych project Kingdom of the Holy Sun gets better with every release, and their latest E.P has the songs, arrangements and production to match any major label release head on. The title track is a re-recording of an earlier Kingdom track given some extra shine by Anselmi's increasingly confident production skills. It's a killer and the remaining tracks are easily a match too - intense, shamanistic, tribal anthems with driving percussion, waves of tremeloed guitars, vintage organs, Indian strings, all topped off with Anselmi's brooding Bauhaus / Psychedelic Furs vocals.

Tara King th. "Mostla Tara"
I was extremely taken by last year's "Hirondelle et Beretta", a deserving heir to Broadcast's highly contended crown, so it's a bit of a no brainer for me to recommend this new Tara King th. collection covering work originally released as far back as 2007 and including a track recorded with Halasan Bazar, which acts as a primer for an upcoming full length collaboration between the two bands which will be out in October. "Mostla Tara" is the best vintage space-pop / cinematic experience you'll have this year, effortlessly combining classic French pop, cinematic vibes, library breaks, psychedelia and a million other influences into the sort of unclassifiable melange we don't get the chance to hear enough of in a post-Broadcast / Stereolab world.
Your new favourite band. Someone needs to sign these guys for some vinyl reissues.

Shadow Folk "Season's End"
More excellent psychedelic pop from the thriving scene in Nova Scotia. You've heard a lot from me about these guys before (their previous E.P was briefly available on Active Listener Records), so it's no surprise that their latest three track offering is on high rotation here.
"Here at Home" is a pleasingly choogling piece of sixties pop fused with a little Stealers Wheel boogie, while "Hey Ganeymwa" delves into free form guitar chaos and treated vocal chants with a George Harrison vibe. And the title track? Well, that's a genius piece of winsome, minor key pop which fittingly conveys its message.
Another essential download from these chaps then.