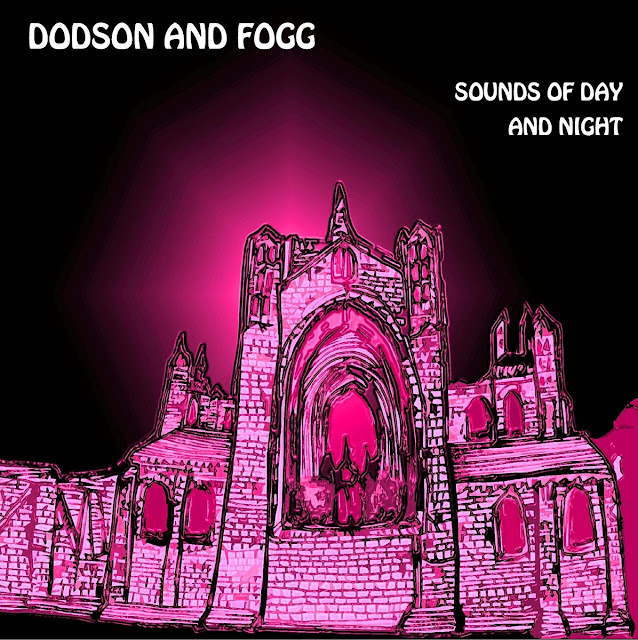 With three full length albums in twelve months you'd expect the quality control to be slipping somewhat, but "Sounds of Day & Night" may well be Dodson & Fogg's most distinctive and well defined album yet.
Not, as the name may suggest, the work of time travelling Dickensian attorneys, Dodson & Fogg is in fact the solo project of writer, musician and general dabbler in things of interest Chris Wade.
A prolific home-recorder with an aesthetic that fully embraces early seventies style folk rock in it's more esoteric forms, Wade seems to have an uncanny knack for plucking classic sounding songs from nowhere - one suspects a midnight visit to some songwriting crossroads in his recent past.
"Sounds of Day & Night" sees Wade heading in a more psychedelic direction than previous outings, particularly on the two-part instrumental title track which is all joss-sticks and free love - a dangerous combo, but in this case falling squarely on the Haight-Ashbury side of the fence rather than the less desirable and more frequented Austin Powers side. "Free in the Night" explores similarly trippy material with aplomb.
And for those afraid of it all getting a bit far out (how did you find your way here?), there's still a strong folk element to be found on the majority of the vocal material, although Wade also shows a surprising tendency to let rip with outrageous, air-guitar manifesting guitar solos during a number of these tracks so consider yourself warned.
"Sounds of Day & Night" is an impressive package, with Wade playing everything bar trumpet (previous albums have featured guest turns from members of Hawkwind, Trees and Mellow Candle), and diversifying nicely. Where previously he's sounded like he's paying impressive tribute to a bygone era, "Sounds of Day & Night" shows an increased confidence on Wade's part and sees him developing an individualistic voice of his own that transcends influences and eras.

Available digitally below or on CD here :