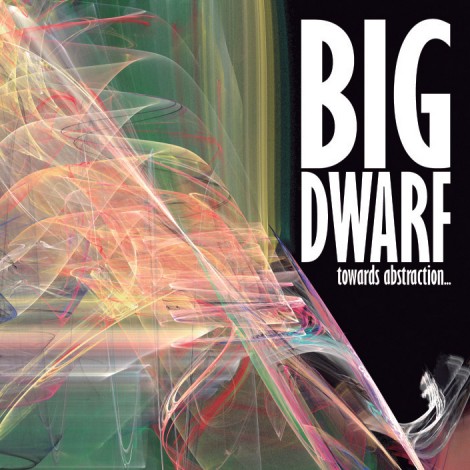 With a visually sumptuous but pretty much music-free social media campaign leading up to it's release, "Towards Abstraction" certainly had my curiosity aroused to the point where finally having the opportunity to hear it was bound to be an anti-climax to some degree.
Or so you'd think.
Turns out that while "Towards Abstraction" is a profoundly confusing listen to begin with, subsequent spins reveal a uniquely contemporary take on psychedelia that bypasses all of the influences you're expecting to hear in favor of something far more individualistic.
In a genre where repetition and open tribute are rife this is a most unusual prospect. It's almost like they've taken it upon themselves to create a psychedelic album without having actually heard one before, resulting in an unusually broad, original, genre-hopping exercise - an album almost without precedent (although Mansun's eclectic run of early E.Ps are occasionally evoked).
So, how to explain the unexplainable then? Broadly speaking, Big Dwarf deal in lengthy songs that reside in some previously unexplored realm halfway between progressive rock and britpop, awash with swirling synthesizers, spacey guitar breaks and groovy beatboxes. An odd mixture, but an appealing one that makes perfect sense once mindsets have been suitably adjusted.
"Kill 'em (in their sleep)" is the (comparatively) concise, listener-friendly drawcard, with a memorably laid back chorus and sparkling guitars, but the general approach is unhurried with memorably trippy sequences blossoming often and with little respect for conventional song structure.
Oh, and "Inner Space" is commandeered  by the authoritative vocal presence of Mellow Candle's Alison O'Donnell who comes across like some shamanistic hippie goddess with a lesson for all mankind, deftly supported  by some floaty Orb-tastic electronic ambiance.

"Towards Abstraction" is released by AJAR Records July 28. You can order it here.