The Frowning Clouds "Gospel Songs From The Church Of Scientology" Review 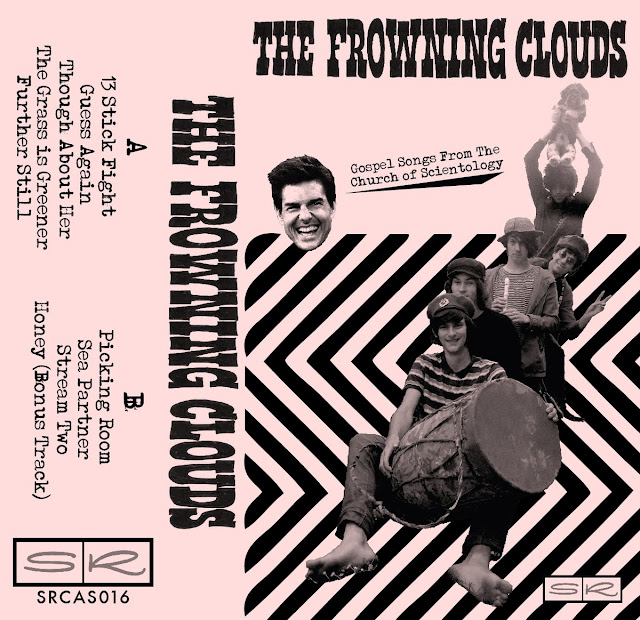 Initially released as a limited edition pressing of 100 cassette copies for their European tour earlier in the year, Saturno Records have now made this unexpectedly entertaining gem available as a download on their bandcamp site.
For those who haven't been paying attention, the Frowning Clouds are a five piece from Geelong in Australia who have a bunch of great recordings to their credit - think early Stones and particularly Kinks with totally authentic sounding freakbeat production stylings. Interested yet?
Despite their impressive track record thus far I had pretty low expectations for this, a hundred copies to sell on tour - that warrants an afternoon's work tops surely?
And while this does have an off the cuff spontaneity to it, the songwriting can't be faulted. If these guys can afford to dump material of this quality onto a release that they initially thought would only be a heard by 100 people then they've got a pretty bright future.
Opener "13 Stick Fight" is an inessential but hugely enjoyable, gritty, reverb-laden instrumental tribute to Link Wray's "Rumble", but from there on in it's filler-free vocal material all the way, with "Guess Again" adding some sunny Californian surf harmonies - Allah-La's may have made this sort of thing popular again, but I'd argue the Frowning Clouds do it better.
Killer choruses and grimy garage jangle with a sunny disposition - what's not to love?