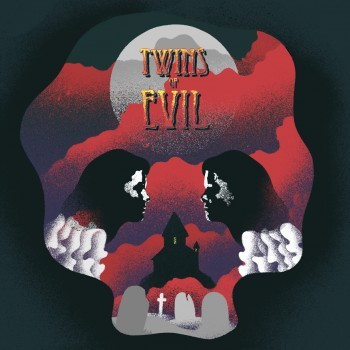 The Death Waltz Recording Company continue to service the needs of the cult soundtrack afficianado with the first fruits of their partnership with Hammer films.
James Bernard's score for "The Devil Rides Out" was planned as the first release in this series - a suitable choice with Bernard being the composer most associated with the studio, but delays with that title have led to Harry Robinson's "Twins of Evil" making it into the waiting public's hands first.
Sadly no Hammer scores were ever released commercially back in the day when the films originally came out, an injustice that has only partly been righted by the work of a few specialist labels over the last twenty years or so (more often than not in compilation form rather than as complete scores).
"Twins of Evil" however is one of the few Hammer scores that HAS previously been released (Silva Screen released a CD version back in 2002), but this heavy pressing is the first time a vinyl version has been released, and Death Waltz have taken their customary care to ensure it's a thing of beauty with a specially commissioned cover and thorough sleevenotes by indecently knowledgeable Marcus Hearn. 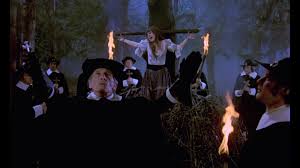 Robinson's score has less of the moody gothic ambience than James Bernard's scores - there's less of that sense of creeping unease and tension that he does so well. Instead Robinson's scores are grandiose, sweeping things with a high sense of adventure, romance and even a little exoticism in places. There's more of a sense that something exciting, dramatic and terrifying is happening right now, rather than the promise of something sinister to come that you'd normally associate with a Hammer score.
Certainly a departure from the studio's scores of the sixties, but the results sound surprisingly contemporary now to these ears. Certainly the best of Robinson's scores for the studio.
And this one is available on CD as well as vinyl - something a little different for the label.

Buy the Vinyl here, the CD here, or the DVD here.