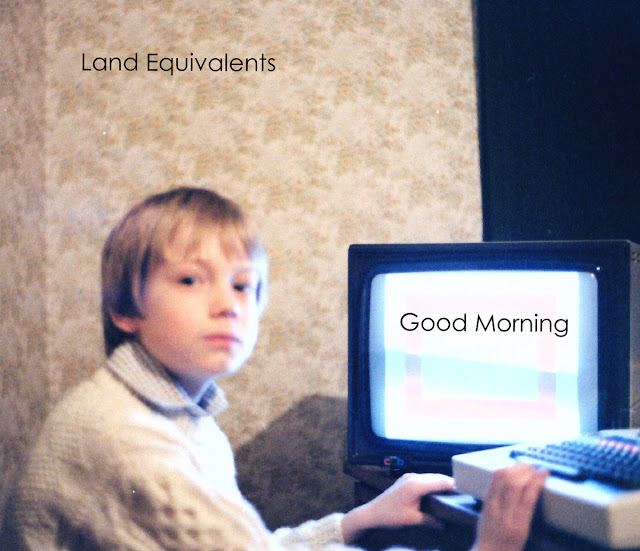 I always check the track lengths when preparing to listen to a drummer's album for the first time, anticipating the mammoth drum solo they're inevitably vetoed out of when working with others.
"Good Morning"s final track "The Programme Occurs After This Utterance"s running time of 9.07 did little to dispel a mounting sense of trepidation, but lets look at the facts before we panic shall we?
Jim Musgrave's inventive skin pounding on Belbury Poly's last LP "The Belbury Tales" doesn't exactly suggest that there's a "Toad" lurking within and biding it's time. Further investigation also reveals an extensive back catalogue of synth-laden prog / library / psychedelic treasures to Musgrave's credit, so with fears partly abated I dive in and am pretty much immediately hit by the unexpected, in the form of a ridiculously funky, cratedigger's dream of a drum break, coupled with some lush, clean chorus laden guitars plucked seemingly straight from some unknown early nineties showgaze also-ran. So much for judging a book by it's cover.
Over the course of these four tracks Musgrave delves into all sorts of territory, with an emphasis on synths of the most deliciously vintage variety, with unceasingly inventive backing - all provided by Jim himself.
This sort of stuff certainly has the potential to collapse under the weight of it's own earnestness if not done well, but there's a playful sense of good humour at play here that's impossible to resist (particularly on "Burton's Nap"), and that epic final track turns out to be a bit of a gem, with a lovely, early eighties BBC Radiophonic melody line dripping with melancholy, with not a second wasted.
Due for discovery, this chap.