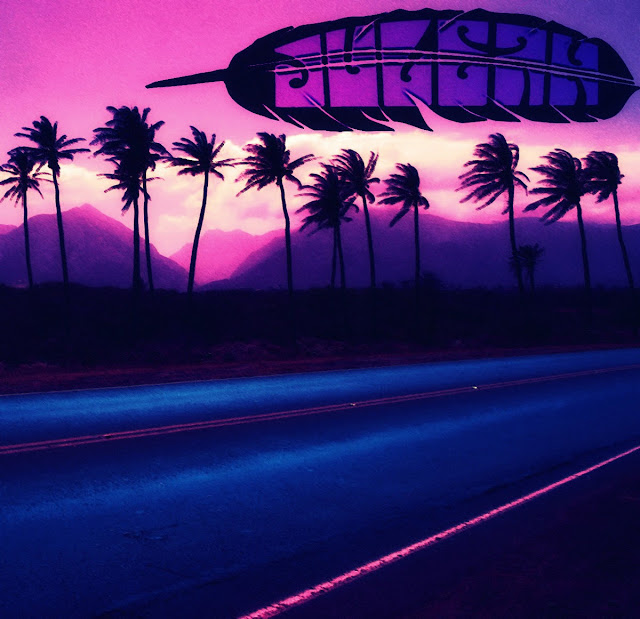 Taking inspiration initially from shoegaze, britpop and psychedelia, young Austrian social worker Julia Hummer, needing a therapeutic escape from her emotionally demanding dayjob, began deconstructing songs by the likes of Oasis and the Brian Jonestown Massacre, covering them and uploading them to youtube where she quickly developed an impressive (and impressed) following.
Pretty soon Julia discovered that her own songwriting was worth investigating and "Shimmering Road" is the result of this - the next step in her journey and a labour of love painstakingly assembled in her spare time over a year in her home studio.
One might reasonably expect something fairly derivative, old fashioned sounding and lo-fi from this sort of approach, but "Shimmering Road" is not that record. Julia has channeled her influences into something distinctively her own, combining the less noisy aspects of shoegaze with the hazy psychedelic dream-pop of Mazzy Star or even Opal. Her love for Britpop meanwhile has left it's mark in more subtle ways, mainly in a tendency to write direct, concise and melodic songs with big choruses, although the results pleasingly sound a lot more like Beach House than Blur.
The production too is top notch throughout, awash with layers of lovingly tweaked guitars and with a massive drum sound anchoring everything.
As good as the songwriting and production is though, the real drawcard for this writer at least, is Hummer's voice which has the husky charm of a shoegaze Stevie Nicks and when given the opportunity to soar every bit as much power as that comparison suggests.
Recommended.