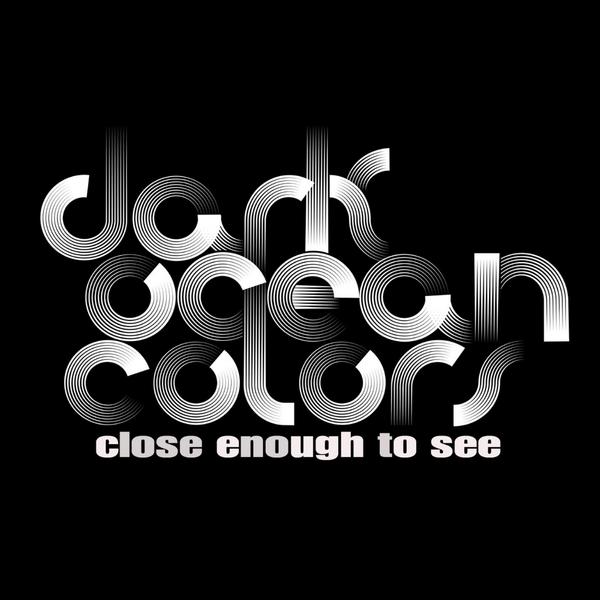 The Pillbugs must be pretty near the top of the pile (with the Green Pajamas) when it comes to woefully underappreciated psych-pop bands. With a filler-free back catalogue (no mean feat for a band who's albums  routinely featured between 20 and 32 tracks) of quality Beatlesque psych-pop they should have been huge, but broke up back in 2008 after the death of founding member Mark Kelley.
Pillbug vocalist/guitarist/ keyboardist/producer Mark Mikel then hooked up with longtime friend Scott Hunt (who has a pretty extensive back catalogue of his own) to form Dark Ocean Colors, who have now followed up their self titled 2011 debut with "Close Enough to See" which is (no surprises here) GREAT.
If I can make a gross generalization and suggest that the Pillbugs sound was based almost exclusively on the Beatles sound circa '66-68, "Close Enough To See" sees Mikel evolving a few years with a sound that evokes the multi-structured, post-psychedelic songs of Abbey Road and John's sonic experimentation on "The White Album", particularly on lengthy opener "Everything Again", which investigates more ideas in it's six and a half minutes than most albums I've heard this year.
Mikel and Hunt are effortlessly great songwriters. These are complicated songs, crammed with so many instantly memorable hooks that you're fooled into thinking that they're the most simple things you've ever heard. Radio seems to have conditioned us to equate catchy with simple and It's not until you start paying attention to the complex vocal harmonies, horn charts, cellos and constantly changing song structures that you realize just how clever these two are. It's easy for albums like this to come off as forced or smart-arse, but these tracks are pulled off with what appears to be consumate ease - unpredictable, hooky and with added power-pop muscle (on "95" in particular) that makes you remember just how good those early Cheap Trick albums were.
Magic. I can't recommend this enough.