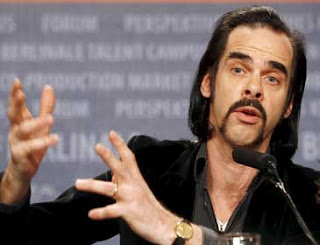 The Jeffrey Lee Pierce Sessions Project are set to release their second set of interpretations of unreleased Pierce material, The Journey Is Long, on April 9, including this duet between Nick Cave and Debbie Harry.
They also featured on the first volume We Are Only Riders, released in 2009.
The Journey Is Long will also feature Mick Harvey, Lydia Lunch, Isobel Campbell and Mark Lanegan and Warren Ellis among others.
“The idea was that, these are not our songs, we merely interpret them,” said Pierce's collaborator Cypress Grove, who recorded many of the original sketches of these songs on cassette before Pierce's death in 1996. “This is not a tribute project, which usually consists of third rate re-treads of an artist’s most famous work, but brand new material from beyond the grave. In some cases the artists have had to finish the songs, so there can be no nonsense about this not being as good as the original version, as these are the original versions! It’s a musical collective of artists who have come together to interpret or complete skeletal, unfinished material by Jeffrey. Where possible we have used Jeffrey’s contributions, so he actually appears posthumously on this album."