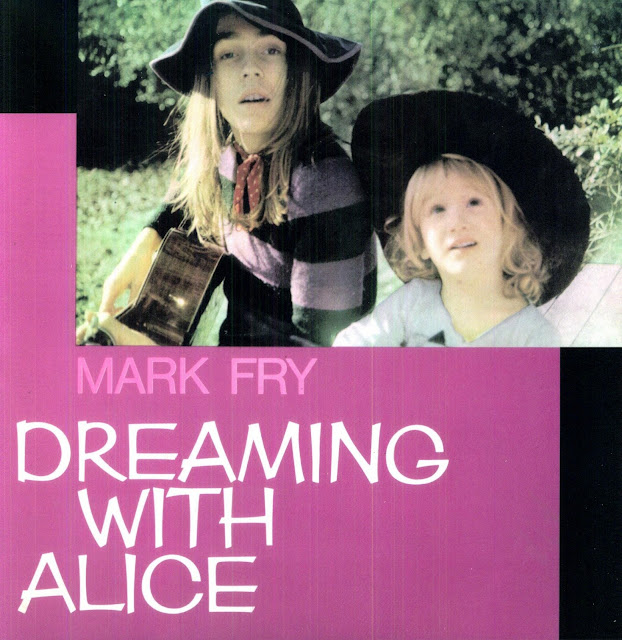 Snapped up by IT Dischia, an RCA subsidiary while he was studying art in Italy as a teenager, Fry's sole album ( until 2008 ) is a great slice of melodic acid-folk which sounds like it could have come out in the late sixties, were it not for the occasional prog rock influence rearing it's head. Musically this is often a lot like Donovan's late sixties material, indeed a famous bootleg version put out by Akarma Records in 2000 cut and paste the photos from the original cover onto a mock-up of Donovan's Barabajagal cover. Those picking this up thinking they'd found a lost Donovan LP wouldn't have been too disappointed had they given it a listen. 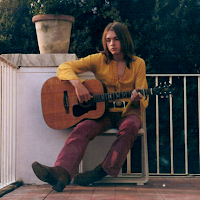 Only released in Italy initially this has become a very collectable ( and expensive ) LP, although the excellent Sunbeam label has now released the first officially sanctioned reissue so that those of us without a house to mortgage can sample it's many delights.
It's an excellent set of acid folk songs based around Fry's acoustic guitar and vocals, with forays into raga rock and prog rock and utilises some interesting backwards tape tricks and other psychedelic effects.
The title track is an epic acoustic ballad without chorus and is very reminiscent of early Leonard Cohen. Fry made the unusual decision to cut it up into little verse size snippets which were then interspersed between the other tracks on the album, giving it a theme to revisit, much like a movie score. It'd be interesting to hear them all edited into one track, as the narrative is a little hard to follow being constantly interrupted by other tracks as it is , but is an interesting experiment nonetheless.
The Witch is often singled out for particular praise and with good reason. It's a lengthy, moody raga piece with pounding percussion, acoustic blues guitar that's reminiscent of very early Dylan and plentiful sitar. Probably the most freak folk moment here.

Mandolin Man is the other attractive epic on here, with a mysterious vocal refrain and some more excellent acoustic guitar work. It then works up a head of electric steam as the band of local musicians make their presence felt locking into a solid groove with a well focused jam towards the end.
Lute and Flute is the most Donovan-esque track here and could easily pass for a slight but pleasant outtake from a Gift From a Flower to a Garden, while Rethorb I'm No Horam is a beautiful acoustic piece played backwards for a dreamy, psychedelic coda.

Fry was apparently unaware of the popularity of this album with collectors until sometime in the early 2000's. In the meantime he'd been busy building a solid reputation for himself as a successful artist. He returned to recording with Shooting The Moon in 2008, a more mature album of singer songwriter material, before revisiting his acid folk roots with an excellent collaboration with the A. Lords last year, I Lived In Trees.