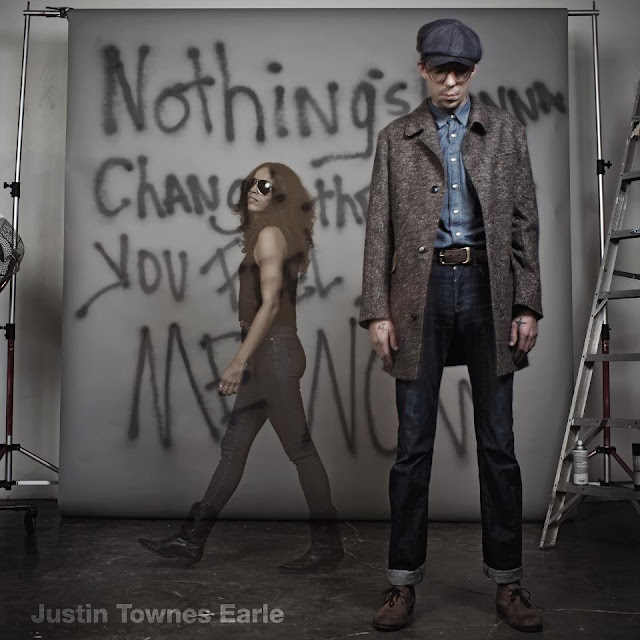 Being the muscially inclined offspring of the famous must be a bit of a double edged sword.
On the one hand you're guaranteed a certain amount of interest before you've even recorded a note, and when the time comes to lay that note down in the studio, chances are it's been a little easier for you to get record company backing to do so.
On the other hand there's an expectation that you'll sound like Dad ( despite Paul Simon's son Harper being the only famous son I can think of who actually does sound like his dad ), and the more cynical among us will inevitably question whether your record deal was earned on your own merits, or whether you're just riding on the coattails of your folks.
When you're also named after a legendary songwriter ( in the shape of Townes Van Zandt ) most would throw in the towel. 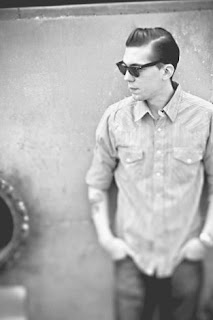 Justin Townes Earle doesn't seem phased by any of this. He's signed to Bloodshot Records, a label noted for it's ability to pick up young talent ( early releases included Ryan Adam's Heartbreaker and Neko Case's first few albums ) and with no ties to famous dad Steve.
And while he shares a lot of influences with Steve, once they've been filtered through his system they come out a whole lot different.
Justin generally avoids the third person narratives that his father and Van Zandt excel and excelled at, in favor of a much more personal first person approach. He takes an almost Dylanesque approach of combining the intensely serious loser in love with the likeably Chaplinesque hobo.
There's definitely been some growing up over the last few years though. Harlem River Blues showed him plumbing previously unsuspected depths, and Nothin's Gonna Change The Way You Feel About Me Now shows further development.
While the material here is still most easily classified as roots or americana, a lot of the country trappings have been trimmed away. The steel guitars are mostly gone, replaced by standup bass and muted trumpet.
These changes, as well as a noticeably subdued pace on the majority of these cuts give the album a much more mature and dare I say it, contemporary sound. My guess is that he's been listening to a lot of Van Morrison lately. The horn charts, muted trumpet and unobtrusive keys owe a lot to Morrison's late seventies and early eighties albums, not to mention the vocal phrasing, the first verse of Lower East Side in particular.
There's also hints of the yearning Ryan Adams managed to capture occasionally on his earlier albums. It Won't be the Last Time being the best example, with it's sparse acoustic guitar and vocal arrangement giving the song a little more space than the generally fuller arrangements of the other tracks allow.
These more sophisticated arrangements present Earle in a way that may be more palatable to a wider range of listener's, but he's managed to do it without compromise.
Another solidly consistent album then, but we're still waiting for that one great song that will break him to a wider audience. It's not on this album, but he's getting much closer to it....

You can stream the whole album here : http://soundcloud.com/justintownesearle/sets/nothings-gonna-change-the-way