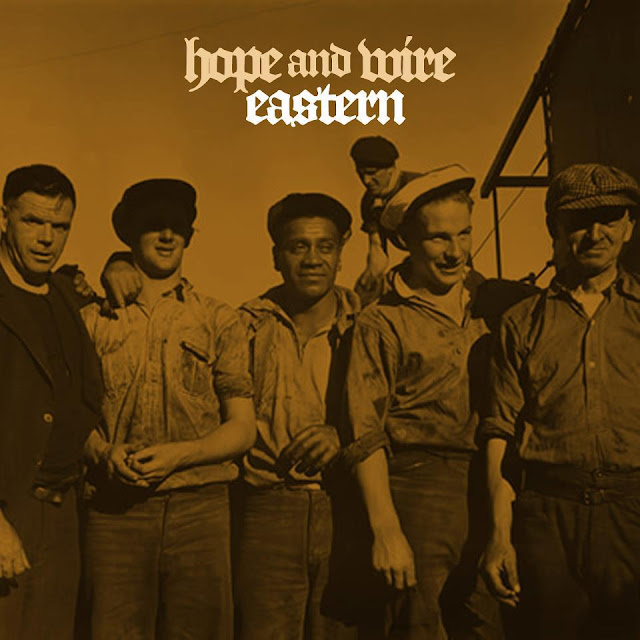 The Eastern's official press release describes them better than I ever could : 'The Eastern are a string band that roars like a punk band, that swings like a gospel band, that drinks like a country band, that works like a bar band, that hopes like folk singers, and sings love songs like union songs, and writes union songs like love songs, and wants to slow dance and stand on tables, all at the same time.'
They've carved a niche for themselves as New Zealand's premier roots outfit, and they've done it the old fashioned way - through hard work. They tour constantly with 200+ shows a year, and have released three e.ps and now three albums in four years. Their lineage stretches all the way back to the likes of Woody Guthrie and Cisco Houston via Springsteen, The Clash, Steve Earle, Billy Bragg and John Prine - outspoken artists who say things that need to be said with eloquence and grace.
Based in Lyttleton, one of the worst hit areas of the Christchurch region during the recent spate of earthquakes here, recent times have been tough for the band, their friends and family. 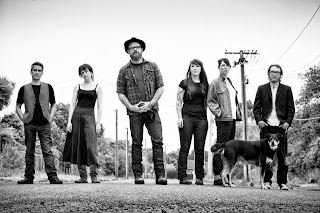 Their latest album, Hope & Wire was recorded in an abandoned, earthquake damaged house ( since demolished ) and is obviously heavily informed by these events and while the songs are often inspired by tragedy, the overriding message is one of community and hope.
Core duo Adam McGrath and Jess Shanks split songwriting duties with their songs often inspired by chance meetings and astute observation, using small moments to illustrate larger truths.
Musically this is their most varied release to date,  from barnstorming anthems like the opener Gone, to sweet appalachian ballads ( the Letting Go ), to rollicking protests ( Turn It Round ).
Flora Knight's dexterous fiddle accompaniment is an emotive wildcard too, switching from mournful to joyous as the material requires.
If there's any justice in the world this ambitious double album will be the one to break them through to a bigger audience, but one gets the impression that it's not really a priority for them and that they'd rather reach one person who truly takes in what they've got on their minds, than a hundred who listen superficially.

You can buy Hope & Wire from itunes here.

You can also buy the Harbour Union from itunes here. The Harbour Union is a collective of Lyttleton musicians, including the Eastern, who've donated their time, energy and material to this project for free to raise money for those affected by the Christchurch quakes, and to help with the rebuild of Lyttleton.

Email ThisBlogThis!Share to TwitterShare to FacebookShare to Pinterest
Labels: Hope And Wire, Review, Reviews, The Eastern