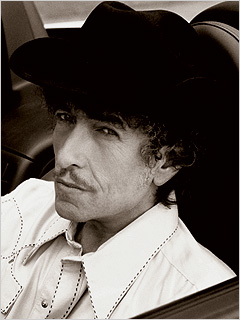 Los Lobos' David Hidalgo has confirmed in an interview with the Aspen Times that Bob Dylan has been working on a new album.
There's been conjecture since the start of the year as to whether Dylan has been recording in Los Angeles, which Hidalgo has confirmed by stating that he's finished work on the album.
Recorded in Jackson Browne's Groove Master Studios, this is the third Dylan album in a row to feature Hidalgo, after 'Together Through Life' and 'Christmas In the Heart,' both released in 2009.
The forthcoming album will be Dylan's 35th studio effort.
"It was a great experience," Hidalgo said. "And different. Each one has been different, all completely different approaches. It's an amazing thing, how he keeps creativity. I don't see how he does it."