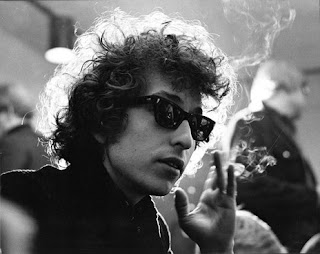 Back in June 2010 the Tampa Bay Times reported that Didier C. Deutsch was working for Legacy Records ( Sony's Flagship reissue label ) on  a 40 CD Bob Dylan Box Set.
Then early last year Variety reported that "Sony's catalog division, Legacy, has released nine official Dylan bootlegs thus far and is currently developing a 40-CD "superfan" Dylan release featuring a wealth of previously bootlegged studio outtakes."
It seems that the idea has evolved.
Late last week Forbes reported the following : "The word is Columbia Records is preparing the ultimate Bob Dylan box set– a collection of all his albums including his bootleg series. The massive box will be a Dylanographer’s delight, collecting every single track including single tracks like “George Jackson” that never made into onto an album. There will also be a couple of CDs with miscellaneous tracks, so that just about everything you ever heard, had, lost, or wanted is all in one place. The price for this super collection is said to be $300–but there’s an upside. I am told that there will be a code so buyers can download the whole thing for free as well. “It seemed crazy to say here it is, now go upload the whole thing into your computer too,” says a source."
The interesting thing about this is that the Forbes article disappeared almost immediately to be replaced by an article titled Robert Johnson Gets Blues Celebration at the Apollo.
This article contained only the following line to represent the former article : "Some of the gossip concerns Bob Dylan–and a big project set for the fall. Blues guys love Dylan and are always trying to collect everything he’s done. Stay tuned…"
So it seems that Sony have asked for the story, or at least major parts of it to be removed. Some say the release was meant to still be a secret. Or could they have pulled it because they have other plans for what will actually appear on the box, and that the Forbes report had the wrong idea about it's content ? Whatever the reason, it'll be very interesting to see whether this does surface and what exactly the couple of CDs of miscellaneous tracks will include. That report certainly makes it sound like it'll be previously released non album material, and not the wealth of previously bootlegged studio outtakes that Variety reported about last year.
Stay tuned indeed.