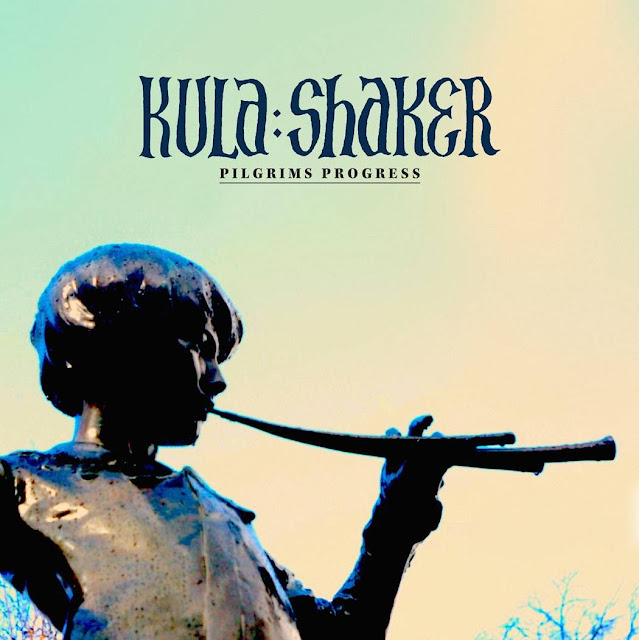 If Kula Shaker is remembered for anything by much of the general public, it's as a whipping boy for the English music press of the mid to late nineties, which is a shame as the two albums they released before their split contain a lot of adventurous music, much of it on an impressively epic scale. And they were certainly popular at the time until a wag at the Independent decided to reinterpret several quotes from outspoken frontman Crispian Mills, and suddenly he was being labelled a Nazi at every turn. As a result sales for album number two stiffed, and the band called it a day.
Mill's went on to record two albums of more straightforward rock/pop as the Jeevas, before contacting Alonza Bevan to help him record a new Kula Shaker track for a charity album he was putting together.
In 2006 to little fanfare and a generally disinterested press Kula Shaker announced their reformation, and the following year Strangefolk was released. It was pretty well received by those that heard it, but it was clear that their days as a major commercial viability were behind them. Consequently with nothing to prove Mills has relaxed a little and produced a much more mature work than we've seen from him so far. 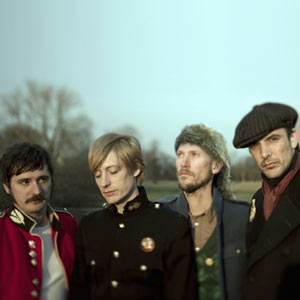 Most of their key touchstones are still very much in place ; Beatlesque melodies, indian strings and strong harmonies are all present and accounted for, but gone are the overly catchy hit radio attempts ( Dictator of the Free World was probably the worst offender ), and occasionally overblown arrangements, resulting in a much more pared down and contemplative piece, that fits together well as an album, where Strangefolk sounded more like a collection of often very good, but disparate recordings.
Opener Peter Pan R.I.P was the pre-release single and is a good indicator of their change in direction. Where they would usually have opted for a much more grand opening statement what we get here is a lovely McCartneyesque ballad, along the lines of Persephone, with an excellent cello accompaniment that's equal parts Eleanor Rigby and E.L.O.
Rockier elements surface in Modern Blues, which would have fitted in nicely on K, while Only Love sounds like an English Crosby, Stills and Nash covering something from Magical Mystery Tour.
Closer, Winters Call brings back a touch of the pomp that one has come to expect from a Kula Shaker album, and introduces a soaring lyrical guitar solo, something of an oddity for this band, but a successful one at that.
However the most interesting diversion is When a Brave Meets a Maid, an instrumental piece with more than a touch of the spaghetti western about it, and a sprawling cinematic feel which suggests that Mills could branch out successfully as a soundtrack composer in the future.

BUY Pilgrims Progress ON CD HERE
OR ON VINYL HERE

Listen : When A Brave Needs A Maid & Winter's Call