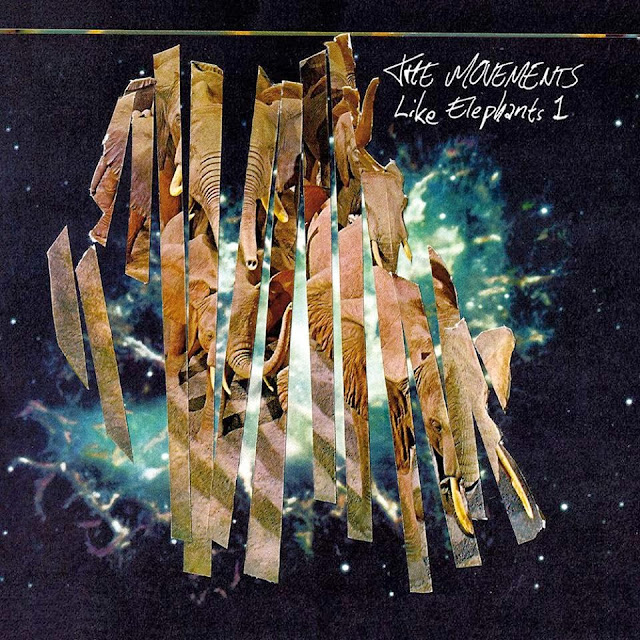 Swedish garage rockers The Movements have shown signs of creative restlessness almost since day one, and this desire to stretch out the boundaries of a reasonably restrictive genre takes full effect on their new album "Like Elephants 1" ("Like Elephants 2" is coming early next year).
Where previous albums have shown a mastery of vintage sounding garage revivalism, "Like Elephants 1" sees them trying on their technicolor dreamcoat and looking just fine in it.
Opener, and first single "The Death of John Hall D.Y" attempts a red herring, starting with a sneaky shred of what sounds like a lo-fi garage rehearsal before boosting everything else in the mix into a glorious three dimensional burst of garage psychedelia with tight folk-rock harmonies, and barely restrained fuzz guitars. It's deeply psychedelic, but doesn't lose an ounce of it's original garage rock muscle.
Refreshingly, the Movements approach to psychedelia doesn't rely on layering their original sound with phasing, extreme levels of reverb (which seems to be the instant psychedelia pre-set these days) and other studio trickery. Instead, they stretch themselves musically in a similar manner to a number of first generation psychedelicists who turned themselves onto the sounds of John Coltrane and Ornette Coleman to expand their horizons exponentially. And while it's not unusual for artists pursuing this direction to forget to write memorable tunes to build off, the Movements write consistently great rock songs like the hook laden "Two Tongues".
Best of all is when they combine both approaches, with "Boogin" graduating from relentless, organ-fuelled psych groover to transcendental raga-rock that encapsulates an album's worth of growth in seven short minutes.
"Like Elephants 1" is an incredibly exciting record, and one that will make anyone who'd written the Movements off feel very foolish indeed. Recommended, and I can't wait for "Like Elephants 2".

Available here on CD from October 21.

Check out the video and the single mix for "The Death of John Hall D.Y" here: