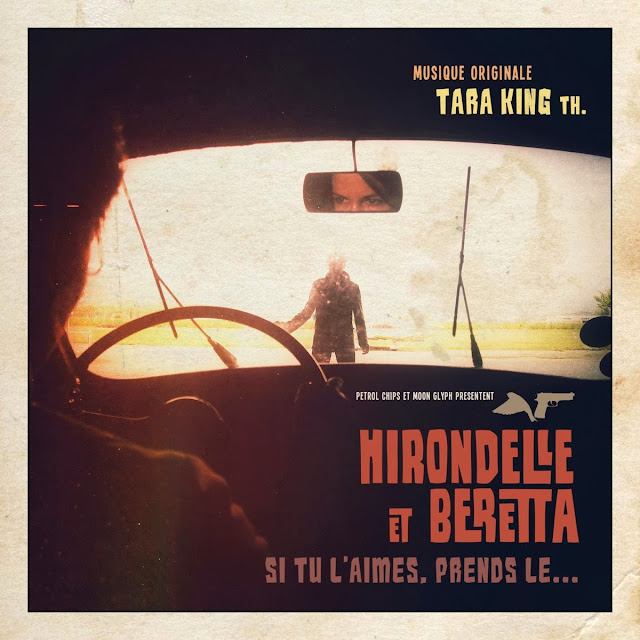 The old "soundtrack to an imaginary film" chestnut. It's been done. A lot. But before we write it off as a tired idea, let's look at one inescapable fact; there are some terrible, terrible films being made these days.
Don't get me wrong - I love films, but either I'm becoming old and jaded or the ratio of good to bad is slipping unfavorably in the favor of bad of late. Let's face it - the sole redeeming feature of many of these shockers is their musical scores, so if there are folks out there who have decided to bypass the whole movie side of it and focus on the music alone then more power to them, I say.
Which brings us to Tara King TH's new project "Hirondelle et Beretta", which does a far more eloquent job of evoking widescreen cinematic grandeur than a lot of major label studios with a budget that could feed Africa seem to manage. 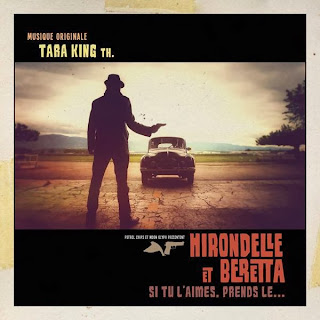 These Parisian's have created their own narrative photographic series to accompany the "soundtrack", and while these tend to point towards a Tarantino-esque grindhouse action thriller with undertones of espionage, the music itself betrays more of it's Euro origins, combining lyrical giallo style themes with gorgeous baroque pop, ornate psychedelia and even a bossa nova that flirts with the melody of Nick Cave's "Red Right Hand".
It's all accomplished in a thoroughly convincing early to mid seventies style with marvelous attention to detail provided by harpsichords, mellotrons, wordless vocals, theremins, flutes and the like and only occasionally delves into slightly anachronistic sounds ( I'm thinking particularly of the gorgeous "Et puis merde" which brings to mind Fabio Frizzi's work on Lucio Fulci's early eighties zombie films cast through a BBC Radiophonic filter), which is integrated with such skill that the blend seems entirely natural.
In many ways, this sounds more like a Broadcast album than the "Berberian Sound Studio" soundtrack (which I also loved) did. I was checking the credits for the name "Cargill". Certainly if you're a fan of Trish and James, and fancy something that isn't gonna scare the pants off you the way that "Berberian Sound Studio" did then this is going to make your day.
Highly recommended - I just wish the full album was available on vinyl!

There's a 7" E.P featuring selected highlights, as well as a full cassette version and a digital download version available direct from the band here.

Or you can stream the whole album here: