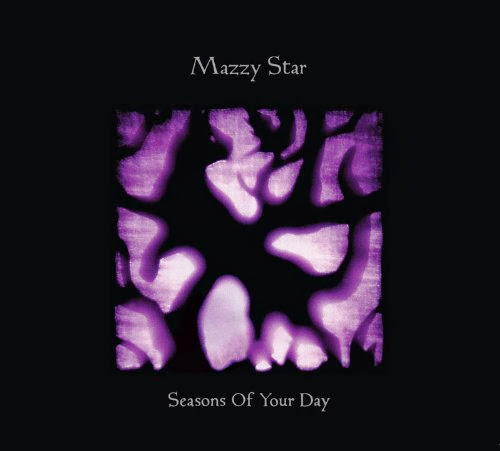 Mazzy Star exist in a world of their own. It is a world of shadow & sunlight; precious stones and fireflies. Time stands still, here. It is peaceful.
While time in Mazzy Star's village exists in suspended animation, much has changed in The Kingdom since their last record, 1996's "Among My Swan". Since then, their brand of slow-motion, reverb-laden rock has seeped into the collective unconscious, via trending young artists like Beach House, Widowspeak and Memoryhouse. Perhaps we are ready to listen closely and hear what they are REALLY whispering.
While this new generation of indie babes has grown up listening to Mazzy Star, Hope Sandoval and David Roback have clearly grown up listening to classic records: soul, blues, country, rock 'n roll, and it has served them well. Pitchfork referred to Mazzy Star's music as "psych-tinged folk blues, Laurel Canyon glide, and Hope Sandoval's distinctive voice." Sonically, for all intents and purposes, "Seasons Of Your Day" is a straight up, folk-inflected blues rock record. Spartan guitar lines lock and weave; slide, acoustic and mildly overdriven tweed cabinet electric are accented with a slight touch of jazz-brushed percussion and walking country bass lines. It's so pure, and so close to the original, that it's like a moment suspended in amber, giving us the chance to separate the disparate elements and see them clearly, individually.
The only thing that separates Mazzy Star from being a straight up Rockabilly tribute band is reverb and tempo. This must be the psych element, giving their music a stylized edge. It is interesting to place this next to the originals, and note the differences. The codeine crawl pace of their music gives it a nostalgic, romantic lamentation. Mazzy Star's psychedelia is dealing with time and memory. This is the sound of a lifetime loving records, hearing your parents play Gene Clark and Gram Parsons records through thin tenement walls as you drift off to sleep, listening to the sounds of their sedated party. Recording technology has only been around for about a hundred years and there have only been a couple of generations that have had a chance to grow up with records. They are ghosts caught on wax, portals to other times and places, escapes from your life in the doldrums. We are seeing the artistic and psychological implications of this new technology.
In many ways, Mazzy Star's music is directly intertwined with recording technology; you simple would not hear it, otherwise. Sandoval and Roback are notoriously reticent to conduct interviews or play the industry game. Even their 17 year hiatus was not a planned career move or staged antic. There is no career to speak of. The pair played music frequently in that time, just didn't bother to put any of it out.
That's how it is with musicians and creative types. They are always making things, hanging out and collaborating, and albums are an approximation, a simulacrum, of that real life. But it is not the real thing, which happens in living rooms and kitchens, huddled around hi-fis, or walking to the store to get smokes. Hope Sandoval sometimes doesn't even like her bandmates to be in the room with her when she is recording vocals. The condenser microphone, in this case, acts as magick wand and time capsule, giving you an intimate window into empty rooms and fading afternoons, that have faded into dust. 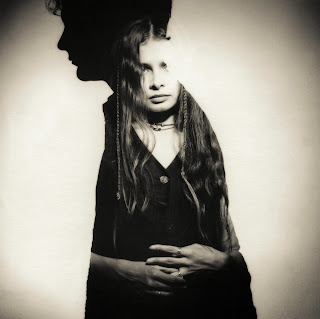 Now that the world has gone slow-core, here's to hoping a whole new generation will find Mazzy Star's music, and discover the world of timeless sounds they revere. There are shades of Zeppelin in the rolling Kashmere chord progression of "California", and you can hear the echo of Son House's thunderous roar in the charging slide guitar of album closer "Lay Myself Down".
"Seasons Of Your Day" has some auspicious guests grace it's eaves - dearly departed British folklorist Bert Jansch laid down some guitar on "Spoon", before his passing in 2011, and My Bloody Valentine drummer Colm O' Cloissog, whom Hope Sandoval has worked with in Hope Sandoval & The Warm Inventions, plays a number of instruments on a number of tracks.
In a lot of ways, "Seasons Of Your Day" is superior to the classic slabs they imitate. Every track is beautifully recorded and mastered, smooth, warm and lush, never grating, never breaking the spell. It benefits from truly inspired and organic arrangements, that can come out of nowhere and blow your mind, like the sudden appearance of a string quartet on the title track, or the harpsichord on "Sparrow" (recorded on what sounds like a real harpsichord). Dale Everingham deserves a grammy for his engineering work on this one.
"Seasons Of Your Day" is the best blues record you'll hear this year. And the best country record. And (one of the) best dream pop records. Massive kudos to the band, this has been dancing on the breeze in my living room for weeks, turning my home into a cryogenic roadhouse. I had forgotten how much I love this band, and it has reignited my love for their earlier records, as well as the classic recordings they represent. If you've not yet heard this band, climb on board - this is a fine way to find out. There are many lessons to learn, many miracles to witness.