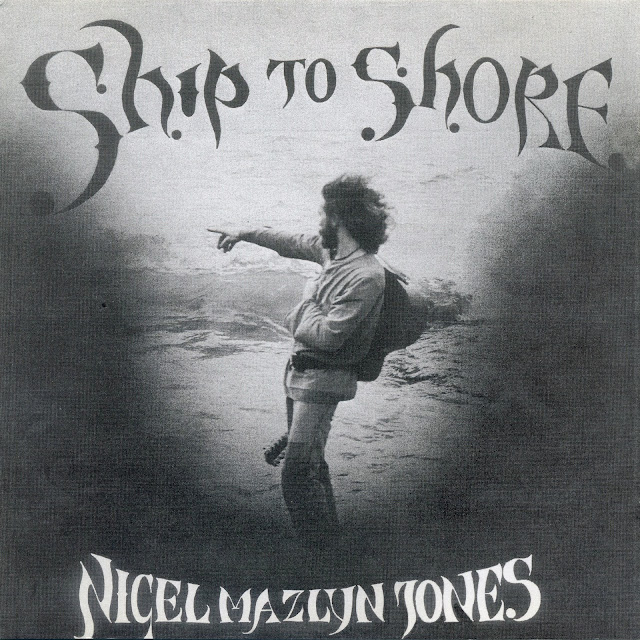 Guerssen have sure got the goods this month, and this is the best yet!
Originally released in 1976 on Jones' own label (rumours suggest he had become mistrustful of the "music business circus", although whether that's a direct quote or not, I don't know), this is easily the best private press LP I've ever heard.
A remarkably confident debut, recorded with help from members of Decameron, Madrigal and Steve Ashley's band, this has long been lauded as a folk classic by those who have heard it.
After a month of rabid listening I certainly wouldn't dispute that "classic" tag, but progressive singer-songwriter is probably a more apt and less constrictive description of the sort of material that you'll find here -it's definitely much more along the lines of early seventies Al Stewart and Roy Harper than any of the folkies who relied on traditional material.
Jones' dexterous acoustic guitar work (with extensive use of harmonics) is an immediate attention grabber and an impressive foil for his strong songwriting which places just as much emphasis on memorable melodies as it does on technical prowess.
The first seven tracks consist of impressively literate, concise singer songwriter material which alternate between lighter, melodic fare like "Take Me Home" and "Follow Every Sunset" which have the upbeat pep of contemporary Cat Stevens, and affecting ballads of a moodier hue, the best of which are "How High The Moon"and "The Man & The Deer", both equipped with ornate, lingering guitar melodies.
Impressive as these are, it's on lengthy closing track "Ship to Shore" that Jones truly steps up the progressive stakes. A multi-part epic with stunning swells of slide guitar, and a dramatic, percussive solo guitar middle section that briefly revisits the theme from "How High The Moon". In many ways it sounds like something that a particularly inspired "Animals" era Pink Floyd might have conjured up in a power cut.
Guerssen have done us a major service in attempting to share this with a wider audience - great stuff.

Available on vinyl directly from the Guerssen webstore here.