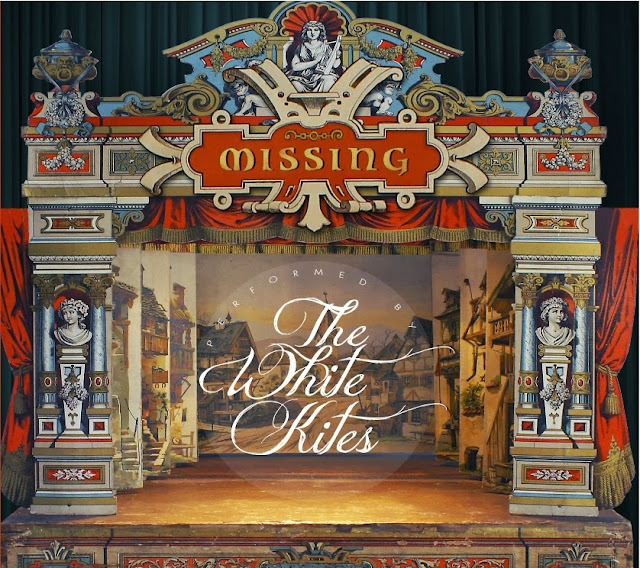 Proving that occasionally you can judge a book by it's cover (or a CD in this case), the colorful sleeve of The White Kites debut looks exactly like it's contents sound - grandiose, plush, regal and with just a hint of carnivale and music hall.
Taking their cue from what sounds like a pretty fantastic vintage U.K record collection and adding a contemporary spit and polish that makes this easy for modern ears to befriend, the debut from this Warsaw based collective is a very ambitious undertaking, and they've got the musical muscle to back it up too.
Ornate and melodic baroque pop for the most part (they cite the Zombies as a primary influence), there are plenty of psychedelic and progressive influences at play too - in fact apart from the modern sounding bells and whistles production quality, there's very little indication that these guys have been influenced by anything after the late seventies.
Despite their mostly Polish roots (vocalist Sean Palmer hails from the U.K), "Missing" has a quintessential Englishness about it that makes it sound like it was conceived on a village green somewhere.
"Stowaway Sylvie" (which throws in a red herring giallo intro) and "Percival Buck" are graduates of the Ray Davies school of observational character study, and bring to mind the fanciful character vignettes that peppered albums by the likes of July and Kaleidoscope long ago.
Flutes and recorders add a distinctive madrigal quality in places, cast through a busy Genesis filter that blurs the lines between folk and prog, while keyboardist Jakub Lenarczyk gets to stretch out on the instrumental coda of the moody, mid paced soft prog of "Beyond The Furthest Star" in a pleasing fashion. Guitarists Bartek Woźniak and Przemek Piłaciński prove their dexterity too with intuitive and lyrical soloing that often recalls David Gilmour, and thrillingly on "The Clown King" a multi tracked Brian May guitar orchestra that's found it's way onto an early Beggars Opera album.
"Missing" is a top album with the sort of A.D.D quality that ensures you'll still be finding surprises on the hundredth listen.
Recommended!