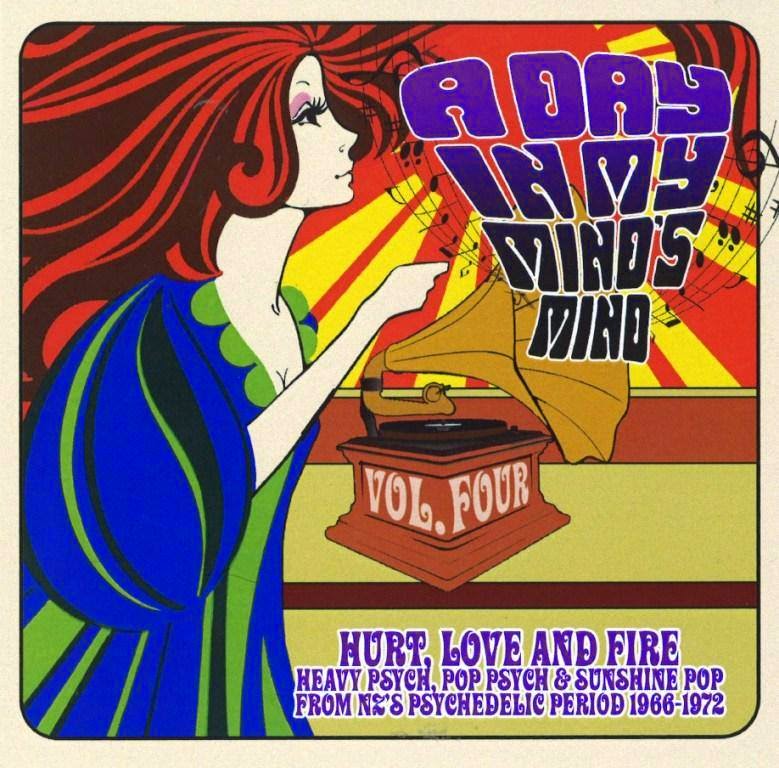 For a tiny, isolated country, New Zealand's musicians sure did embrace the psychedelic era. When the first volume in this series came out in 2005 we all assumed it was a one-off, featuring all of the obvious suspects (Human Instinct, The Fourmyula, La De Da's etc.) plus a brace of exciting unknowns, which we assumed represented not only the pinnacle, but the majority of our country's psychedelic output.

Nine years later and the series seems to be getting even stronger, and full of even more surprises as its contents become more obscure. Admittedly, compiler Grant Gillanders has had to dig quite a bit deeper to exhume the contents for this fourth installment in the series, but his efforts have been extremely fruitful.

While a lot of the bigger names on the New Zealand psychedelic scene of the time operated at the poppier, slightly twee end of the spectrum, resulting in memorable bites of psych-pop, the artists gathered on this volume aren't afraid to unleash shards of blistering fuzz guitar or get a little weird in the studio. Those who think that New Zealand's primitive psychedelic production of the time was limited to a bit of phasing, would do well to pay attention here.

Split roughly 50/50 between covers and originals, this is constantly surprising stuff. Of the covers Gene Pierson's heavy psych demolition of "Reach Out" (backed by Simple Image) is the clear winner, but special mention should also be given to Cellophane's smouldering, slowed down take on the Crazy World of Arthur Brown's "Fire", and the Avengers "Days of Pearly Spencer" which sticks closely to the original, but accentuates all of its best baroque pop trimmings to great effect.

The originals are extremely strong too, with a brace of tracks written by Chris Malcolm forming a solid centrepiece. There's also both sides of a single by the Brew, so named as their single "Tea For Two" was the result of a request from the Tea Council of New Zealand to write a song advocating Tea's use, little knowing that Tea was being used as a euphemism elsewhere. Legend has it that Doug Jerebine (you may know him as Jesse Harper) played guitar on these tracks, but there is no mention of him in the sleevenotes, so perhaps I've missed a meeting and this has been disproved.

Best is saved til last though with two amazing performances; firstly Bryce Peterson of House of Nimrod who recasts their classic single "Slightly Delic", in an appealingly odd (and quite lovely) acoustic guitar and Moog interpretation which was recorded for an unreleased kid's pop opera in 1968, and most splendid of all, a wonderfully sparse and spooked, acoustic version of what few would dispute is New Zealand's classic psychedelic pop single, the Fourmyula's "Nature".

An absolutely essential purchase for fans of series like Rubble, the Great British Psychedelic Trip and more. Compilation of the year for me.

This series is usually very hard to find outside of New Zealand, but Vol. 4 is currently available internationally here at a great price!

Sample all of the tracks in the clip below: