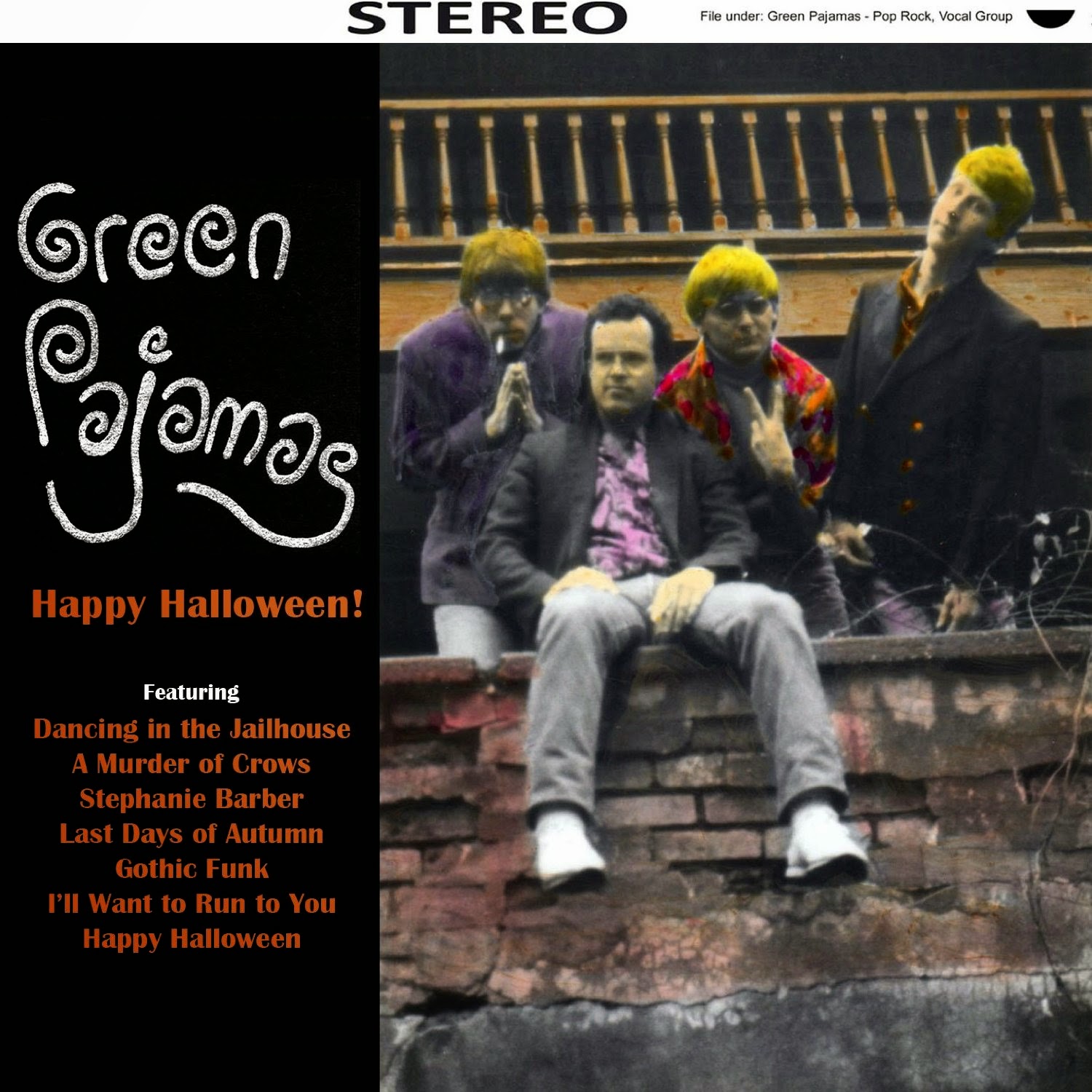 Green Monkey Records' excavation of the Green Pajamas' back catalogue has been an impressive undertaking which I'm sad to see the end of, but they go out with a bang here!

So, what to make of "Happy Halloween"? It's predictably lo-fi of course, as is only to be expected for music sourced from tapes, but considering its vintage it sounds pretty great, and remember, these are the guys who had just released "Summer of Lust" - they knew how to get a good sound quickly and cheaply. And "Summer of Lust" is a good touchstone for what to expect here, with classic pop songcraft still very much a priority, with winsome melodies, huge choruses, and engaging harmonies.

There's also an effort to widen the scope of their arrangements, with Jeff Kelly acquiring a cheap cello that makes it way onto many of the tracks here, played surprisingly adeptly as Jeff had never played a bowed instrument before. "Stephanie Barber" sounds like Macca and George Martin have been at it, and is a startling example of how quickly Jeff adapted and evolved, given any opportunity.
Elsewhere a new Casiotone keyboard makes its presence felt in a mostly successful fashion, with only a confusing early version of "Murder of Crows" failing to gel. Some nice baroque, Greensleevesy moments too.

And there are some corker songs here, a few of which were later revisited and given proper release, but most of which weren't. "I've Got a Crush On You" is one of the best, sounding effortlessly off the cuff, but insidiously memorable in its graceful melancholy. And "This Winter's Night" is a great, spontaneous "Hey Jude" of an anthem with an extremely Beatlesque repeated refrain of "Why can't this Christmas go on forever?" that goes on (almost) forever, but not quite long enough.

Green Pajamas fans need this right now, and for those who are yet to discover this long running, and consistently great institution, now's the time and while this may not be the best starting point (perhaps "The Complete Book Of Hours"?), it's certainly got the requisite hooks to snag a few newbies.

You can stream the whole album below, courtesy of Green Monkey Records.