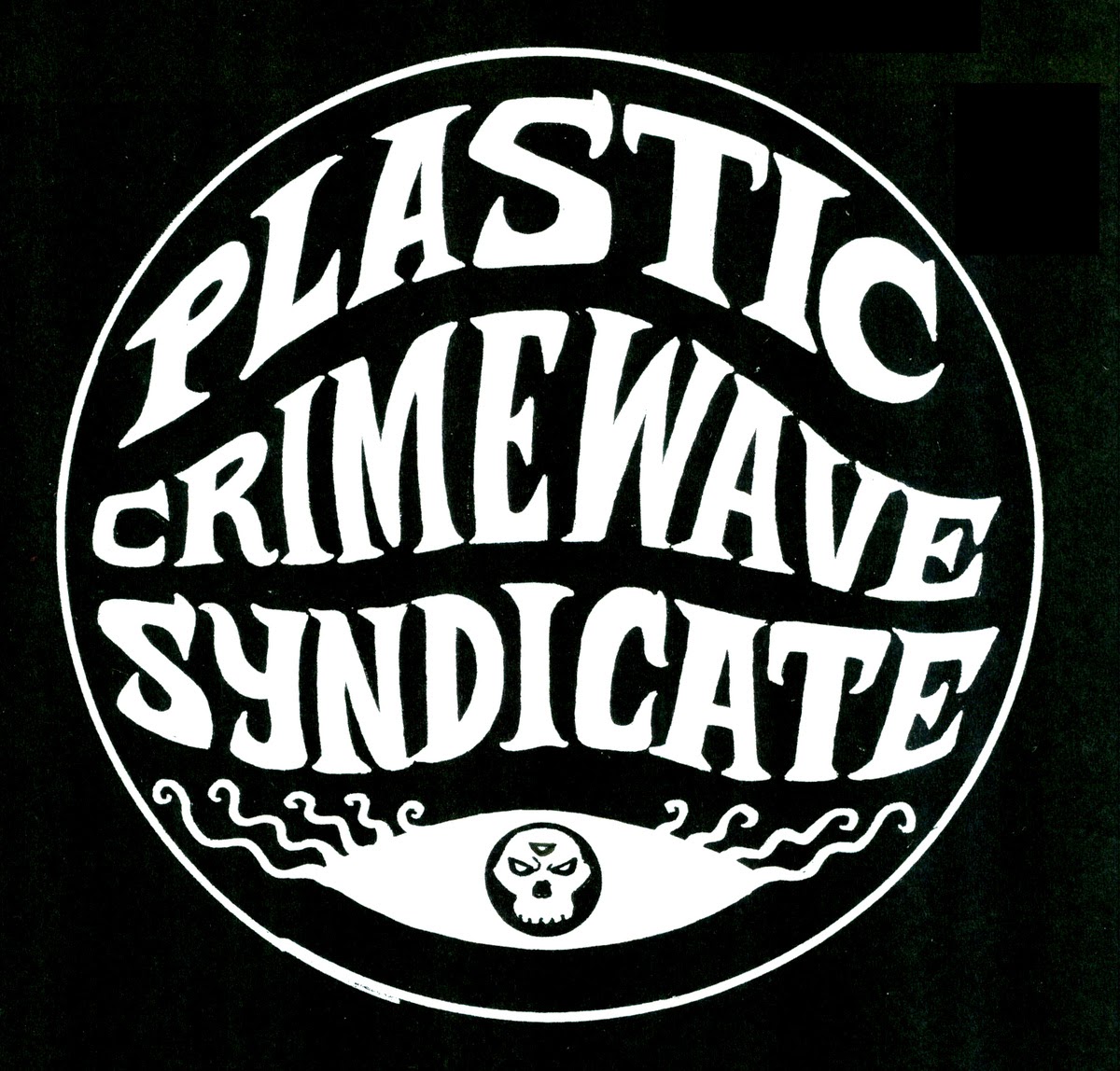 If you pair the words ‘psychedelic’ and ‘Chicago’ to most serious psychedelic music fans, it won’t be Secret Colours or The Luck of Eden Hall that they think of. It will be Plastic Crimewave Sound. Formed in 1995, Steven Krakow’s dark sonic vision was a lo-fi maelstrom of distortion, thundering grooves and unintelligible vocals, alternately howling and menacing along in a reverb and delay-soaked freak out. Although not the kind of band that finds easy acceptance with the keepers of airplay, their distinctive space punk sound spawned a host of imitators and a legion of fans.

Over the years, the original incarnation morphed, shifted and finally disbanded in 2012. Fortunately Krakow (who goes by the name Plastic Crimewave) has kept the mission alive and moving forward, now as the newly christened and re-energized Plastic Crimewave Syndicate.

PCS features Krakow on guitar and vocals and boasts one of Chicago’s best rhythm sections, Anjru Kettering on bass and Karissa Talanian on drums and includes the lovely Dawn Aquarius on keyboards. On their debut release "The Golden Cage" (recorded by Ray Donato and YT Robinson of Chicago’s excellent Dark Fog), the band is joined by guests Bobbie and Jon Seagroatt (Comus) on vocal and sax, Kathleen Baird on flute and Whitney Johnson (Verma) on viola.

"The Golden Cage" hits the clouds running with "Reign Drive", a thumping little tribal piece that serves as a nice calling card for the new rhythm section. I’ve seen PCS open performances with this one and it always gets things moving. Fans of Wooden Shjips or Moon Duo will appreciate the pulsing groove established here.

"Floating Tomb" puts me in mind of a darker Assemble Head in Sunburst Sound, but Crimewave isn’t afraid to stretch a song out to its logical conclusion – six plus minutes later. The cosmic dirge of "Nagshead" follows with a dark air that carries the listener through landscapes of illusion and madness.

"Unblinking Orb" continues the trip, riding maybe the records most infectious groove. At some point, I became aware of some really nice panning guitar, seemingly mixed to match my head that was involuntarily nodding up and down. It was at this point in the record that I realized this was music was inside my head.

Perfect timing for the closer and title track "Golden Cage" to float into the room, like the true message that comes late in the experience. A steady droning guitar creates a home for the siren song female voices. The drums roll like distant thunder and viola opens the sky for a brief moment. The vocals are delivered as a spoken word piece and the fragments that break through the music offer a condemnation of the glittery cage in which modern man resides. This could be what the Velvets were aiming for with "European Sun", but this is a better-realized piece. In my opinion, "Golden Cage" is one of the best things the band (in any of its incarnations) has ever done. Eleven plus minutes feels hardly long enough.

Fans of Hawkwind, Can or any of the groups name-dropped above will find this latest Plastic Crimewave a welcome addition to their stoner rock collection. You can pick up "The Golden Cage" on cassette only for now (Priority Male) but expect to see this fine debut on vinyl (Prophase) in early 2015.

You can also stream several tracks below, which can also be purchased digitally.