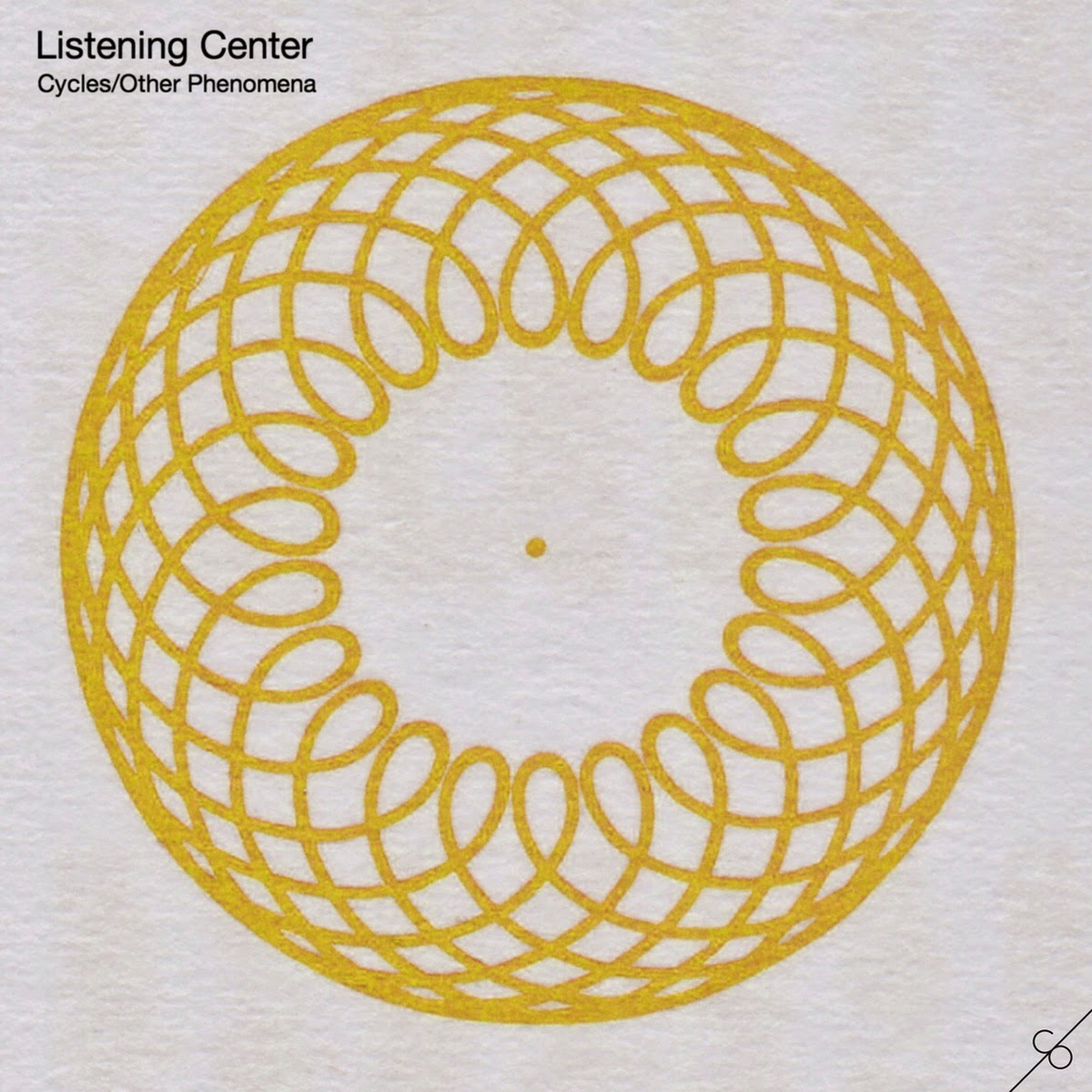 Following swiftly on the heels of his appearance on the second release in Ghost Box's "Other Voices" 7" series, comes Listening Center's "Cycles​/​Other Phenomena" - a self released full length album, which illustrates very clearly just why the shadowy council behind the Ghost Box label decided to welcome him into their fold.

Those enamoured with Ghost Box's chief exports Belbury Poly and the Advisory Circle will find much to dampen their trousers here. Unusually for music of such a unmistakeably English nature, this was put to tape in New York, although there would be few who would argue that the spiritual home of the Listening Center's David Mason is deep in the recesses of the BBC Radiophonic Workshop.

Like his U.K brethren, Mason's focus relies on lovely warm textures created by an array of vintage analogue synthesizers, creating naggingly familiar melodies that bring to mind seventies nature documentaries and after school science programs. Where Mason's approach differs, is in his use of percussion (natural as Mason is a drummer also), which gives much of "Cycles​/​Other Phenomena" a greater sense of momentum gathering than you'll hear on most other releases bundled under the 'hauntology' umbrella.

The winsome  "Looking Ahead" on the otherhand demonstrates that this isn't the only trick up his sleeve. With both subtlety and grace, Mason here conjures something delicate, and quite lovely.

It's a lovely album, and I find it kind of surprising that Ghost Box didn't opt to release the whole thing (although there's likely to be some further story to this that we don't need to know), as it fits in seamlessly with the niche that they've so carefully carved, and is in many ways the most quintessentially "Ghost Box" sounding album that I've heard released this year - certainly more so than anything the label itself has released recently (although I've certainly enjoyed those releases also).

That in itself should send plenty of you scurrying to his webstore, and those of you who do are in for a lovely, warm, fuzzy treat. Highly recommended.