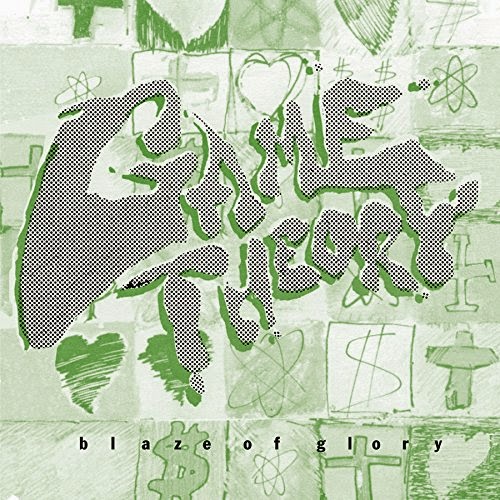 If someone asked me which album was the definitive Game Theory album, I would probably say "Real Nighttime", the record where Scott Miller and his fine Davis, California band really came into their sound. That was when I came on board, and being the non-completist that I am, I didn't feel compelled to complete their catalog. That is a shame, because this record is really good. The blueprint for Scott's quirky experiments was already in place, mixed in between handfuls of chamber pop and 80s indie rock at its finest. I always thought of Miller as the West Coast Mitch Easter, with his command of his instrument, vast knowledge of music, and studio trickery. It was incredibly sad when he left the world unexpectedly last year, but Omnivore Recordings will be reissuing the entire Game Theory catalog!

Scott Miller was an engineer by trade, and a musician always, even if it meant pursuing his music around his work schedule. But he never gave up, and released a slew of fine albums under the Game Theory moniker, before switching over to The Loud Family. He’s been a perpetual cult star, which means great reviews and low record sales. I really hope these reissues alert listeners to his great talent, and ultimately help out his family.

"Blaze of Glory" was originally released in 1982 and was the very first Game Theory album. Game Theory started out using the name Alternate Learning, and four Alternate Learning songs made it onto this reissue as bonus tracks, along with 11 previously unreleased tracks. Some of these are humorous test recordings from ‘Scott Miller Testing Laboratories’, and are snippets similar to what showed up later on records such as "Lolita Nation". Others are live recordings, which are of historical interest to completists and fun to listen to for everyone else. Like "Bad Year at UCLA", here both as a live recording and a studio recording. With its unusual synth lines opening the song, it places the time period squarely in the 1980s before morphing into one of Scott’s trademark, sublime pop songs. Or how about the propulsive "White Blues" with its driving keyboards and cool slide guitar?

"Beach State Rocking" reminds me an awful lot of early Let’s Active with its Mitchesque guitar stylings and bright, chipper keyboards. "Untitled Piano Piece" is very uncharacteristic of Scott’s usual work, but it’s lovely in its brevity. "The New You" is an Alternative Learning track, and its a fine slice of chamber pop, something which Game Theory excels at. I love the way they sneak in these little riffs that could be lifted off some worn out Pentangle or Fairport album. "The Girls Are Ready to Go" is the perfect power pop song, containing all the hallmarks of Scott’s later work. It starts off simple and builds gradually from there. The recording is lo-fi, to be expected from these early recordings, but it resonates with these ears and brings me straight back to college radio land. That is one of my happy places, and I greatly look forward to the upcoming reissues.

If you’re looking for vinyl, you’re in luck. The vinyl LP is seeing its first reissue in more than 30 years. The first pressing is on translucent pink vinyl, followed by black vinyl in later pressings. There is also a download card for all 27 songs, and a deluxe CD.  The reissue was mastered from the original tapes and also features a 24-page booklet with rare photos, an essay from Game Theory’s tour manager, and recollections from band members and colleagues, including Scott’s friend Steve Wynn.

If you missed this the first time around, go for it! And if you’re a fan of Let’s Active, Big Star, Velvet Underground, and the like, then you can’t go wrong with this excellent reissue.