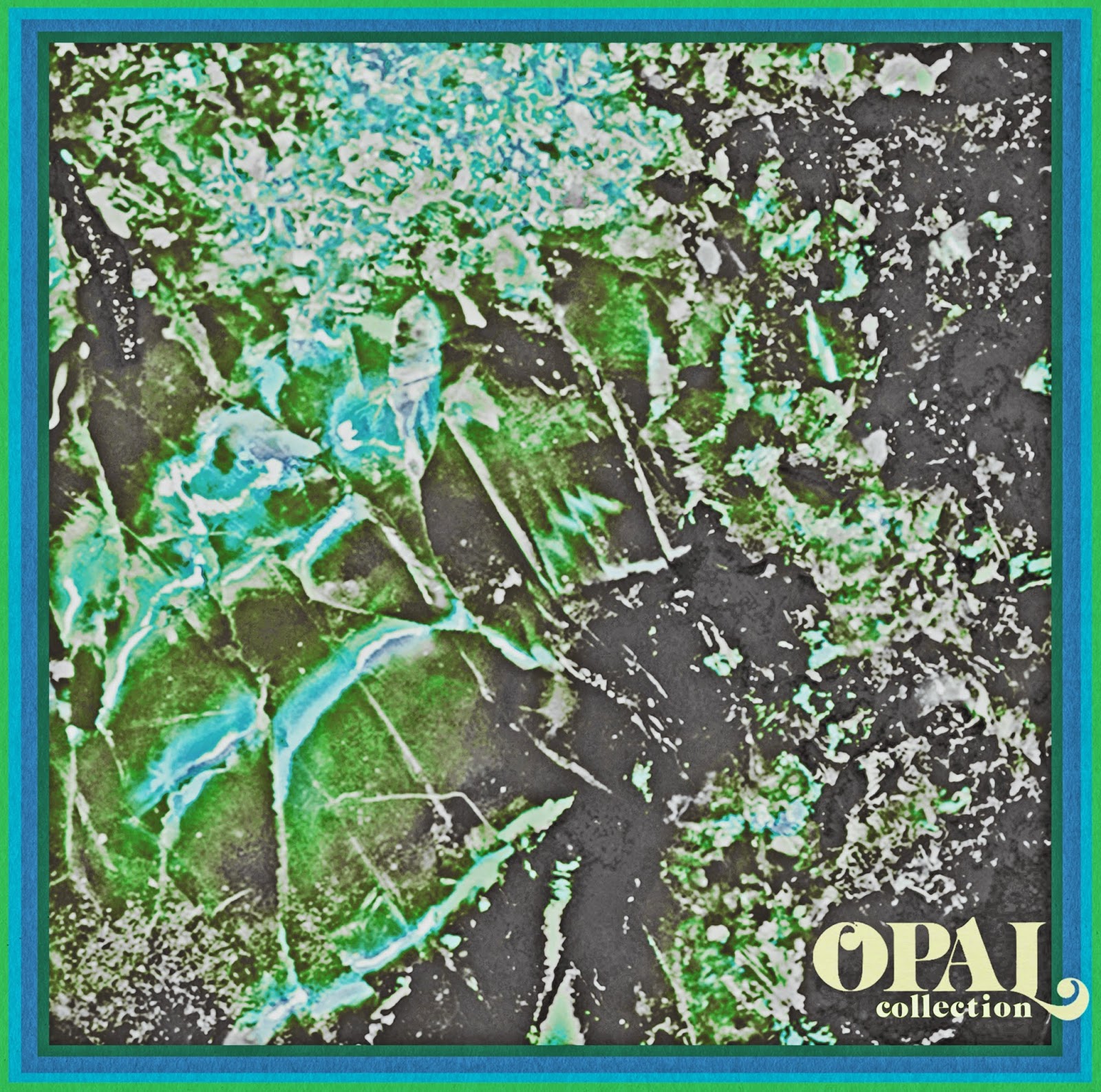 Before Frank Maston's full length debut on Trouble in Mind Records last year, there were two extremely accomplished Maston E.Ps which quickly disappeared from Bandcamp (although I believe they have since returned in streamable form). I remember being a little disappointed when I initially saw "Shadows" tracklisting. Made up partly of tracks from the early E.Ps, and partly from new material, it seemed a waste to not use all of the tracks from those E.Ps (for fabulous they all were), and there was a little twinge of disappointment not to get an album of entirely new tracks. These trepidations disappeared as soon as I heard how well the album fit together though, "Shadows is a modern classic, and the more people that hear it the better.

So, what is this "Opal Collection" then? Naturally, its the remaining tracks from those two E.Ps - those not featured on "Shadows". The pessimistic among you will perhaps be thinking of this already as a collection of leftovers, but I would hasten you to discharge this idea forthwith. One listen will make it clear that the songs chosen for "Shadows" were selected purely for how well they would fit in with the new material, and certainly not because they were superior to what you'll find here.

It's clear that Frank is a bit of a perfectionist, and also self-aware enough to know which material of his is worth spending his valuable time working into shape. That being the case, what we have here is a very fine companion piece to "Shadows", with a similar, kooky grasp of the moodily carnivalesque, and the achingly lovely pop hook. The woozy circus pop of "Engrams" was one of my favourite tracks from the "Voyages" E.P, blissfully tuneful, but slightly sinister at the same time. And then there's the creeping unease of instrumentals like "Well" which sounds like Brian Wilson arranging John Carpenter.

If David Lynch was to remake "Carnival of Souls", he'd have the perfect soundtrack for it right here. Superb.

"Opal Collection" is available on vinyl here, and digitally here.