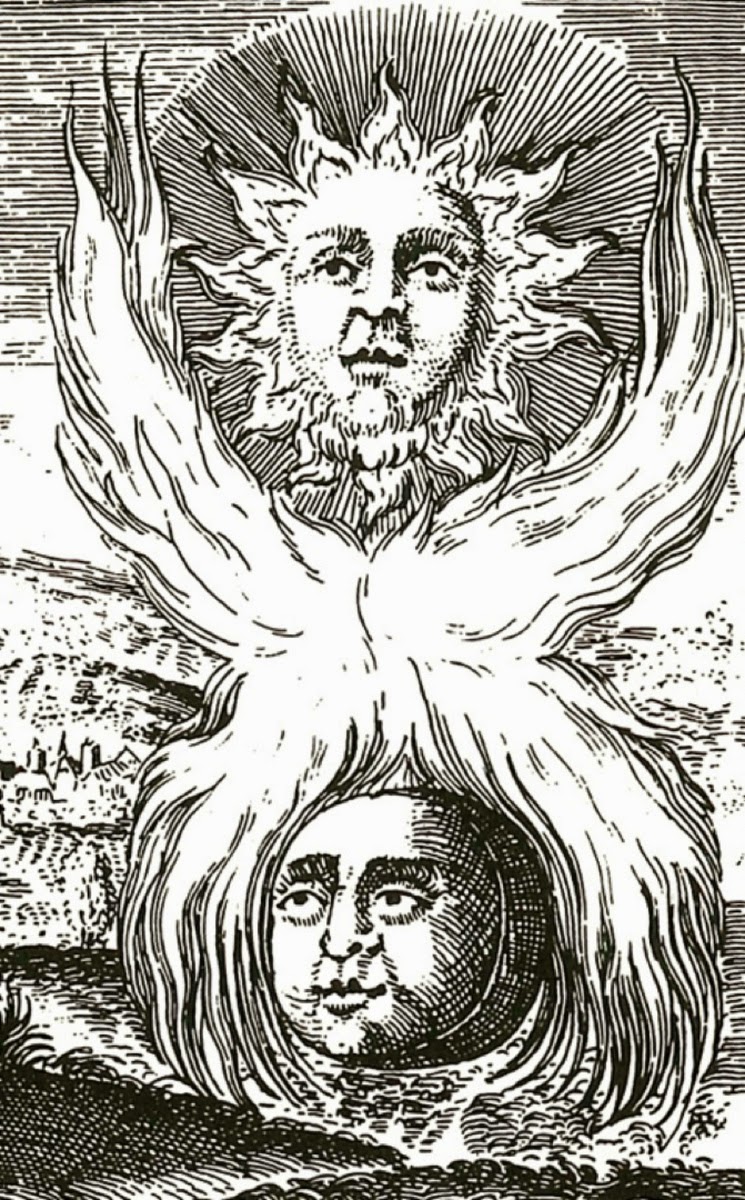 United Bible Studies, the celtic wyrd folk collective, are nothing if not hard working. A shifting membership and startling degree of creativity certainly helps but it is impressive nonetheless to have two incredible albums emerge (almost) into the daylight at once. If you are a new student to United Bible Studies then do delve into their teachings; any starting point is a worthy one but special mention should go to the epic "The Jonah" and the chamber folk of "Spoicke". Extensively prolific, but yet with a finely tuned quality control, there is a library of riches waiting for you in their back pages.

The first of the new releases, "Doineann", features such well known and respected names in the current folk music field as Michael Tanner (Plinth), David Colohan (Agitated Radio Pilot, Raising Holy Sparks), Richard Moult, Áine O'Dwyer and Alison O'Donnell (Mellow Candle, Firefay and The Owl Service) and was recorded variously in England, Germany, Ireland and Scotland. Opener "Helix" enters on a waterfall of cascading piano, the combination of Richard Moult's buzzing electronics and field recordings alongside Colohan's organetta providing a clearing for the notes to shimmer and repeat. It is utterly beautiful but also icy; there is a sense of winter in this music. "Clay in my Hand"  is a spectral lament, O'Dwyer's harp providing a skeletal framework for Paul Condon's vintage synth sounds and folk rock blasts of psych guitar. Completely timeless and otherworldly, there are moments of Mike Oldfield's "Ommadawn" recalled here, particularly in the building tension, layered orchestration and the fluid yet restrained guitar work. "Doineann" itself is a weather beaten landscape, a lonely wind whistling through chiming percussion, plucked autoharp and mournful jazz inflected saxophone. A solitary drum beat counts time and adds a sense of momentum and storm; an approaching thunder amongst the wide open sounds of birds and squelching synths. This is music that is organic, natural, utterly alive with the sense of its roots and origins; it is from and is of the landscape. "Across The Blackened Fields" by contrast is a hushed and intimate lullabye, Alison O'Donnell's distinctive vocals adding shade and colour to the tense and quietly dramatic, pulsating backdrop. O'Donnell truly adds a sense of magic here, a sprinkling of snowy grace upon the icy musical backing. Deeply affecting and utterly unique, this is a song for late in the year, to be heard when there is a chill in the air during the long winter months. "Seachránaí" begins with David Colohan's harpsichord invoking a regal and sorrowful procession before his plaintive vocals emerge freeform, lamenting into the void. Richard Moult's synths then emerge to create surely one of the most crystalline and heartbreaking moments you will ever hear in modern music, before all is silent save for the howl of the arctic wind. "Halo", a thirteen minute epic of a song, begins with Moult's strident and evocative vocals before autoharp and shimmering guitar feedback encases all in a reverberating chill. It beggars belief that this, some of the most beautiful and emotive music presently being made, does not have a wider audience. Or perhaps that is part of the spell; this is music that touches on a level that only certain listeners may wish to hear. Perhaps UBS are a best kept and much loved secret. As the song draws to a close a choral wave of voices underline the sacred and ancient nature inherent in the United Bible Studies craft and its sheer timelessness. This is true folk music.

The second recent release from United Bible Studies, "The Box Social", is a live document recorded in 2009 at the venue of the album's title in Dublin. The collective really come into their own in live performance where their innate sense of psychedelic experimentalism and innovation can create vast and unique slabs of wyrd and often terrifyingly transcendent noise. Previous live releases such as "Live At The Warehouse" and "Harry Potter Gone Evil" can comfortably serve as evidence of this. The show begins quietly with a few muttered words before an almighty "Saucerful of Secrets" style drumbeat and bassline ricochets around the speakers, vocal screams accentuating the dark psych landscape. Discordant guitar bursts (again reminiscent of Syd Barret's live astral jams) merge with improvised vocals and a deranged Kosmiche groove breaks loose, with the UBS coming on like a Celtic Amon Düül. It's a thrilling rush - to have witnessed this show would have been something truly memorable, however this recording ably recalls the sheer excitement and sense of unpredictability. Flanged guitar enters over the motorik beat as vocalist Alison O'Donnell's unearthly incantations reach crescendo point.

It is worth noting that this is a different United Bible Studies incarnation than that on "Dioneann", with O'Donnell the only constant. Here she is joined by regular UBS member Gavin Prior (also of Tarracóir) and a completely different clan of players. This is one of the fascinating things about the Bible Studies; they morph, adapt and undoubtedly take on the form of whoever is passing through their ranks. It is arguably one of the crucial factors that makes their output constantly exciting, alive and in a highly creative endless loop of development. Where "Doineann" is spectral, icy and song based 'The Box Social' is frantic, soaring and improvised. Both are equally representative of UBS and demonstrate the different strengths and sides of the project as well as the lack of limitations that they place on their sonic exploration.

"The Box Social" continues with some serious freak out involving an unidentified brass instrument before settling into another space rock bass run, shards of fuzz guitar shimmering over its surface. Fans of Thought Forms and classic Hawkwind will find much to enjoy here as will aficionados of classic 70s Kosmische such as Sand and Cluster. A massive tidal wave of feedback soaked guitar builds the tension further, O'Donnell's vocals punctuating the noise in a ritualistic and almost shamanistic manner. Suddenly, there is a hush save for guitar chimes. A muted rhythm begins and is joined by the hum of a heathen choir before the build up to the song's conclusion begins in earnest. Loud crashes of percussion echo around what now sounds increasingly like a woodland grove; if there is ever a (decent!) remake of "The Wicker Man" produced then this would be an ideal fit for the finale. Indeed, the music's creeping dread and sense of ancient rites are the perfect soundtrack to something deeply pagan and terrifying. As the song ends it is clear that, without let up, the United Bible Studies have expertly conjured and woven this hour long track in and out of the shadows, raising the tension to peaks of psychedelic noise and tremor. It is also a significantly affecting piece and one which pulls the listener along on both a head and gut level with its ritualistic and hypnotic dance.

'The Box Social' is available via the ever splendid Reverb Worship label with individually hand made and numbered sleeves.

So, two different United Bible Studies albums in both form, line up and style. Yet completely alike in their quest for creating something that is genuine, beautiful and vital. This is real modern folk music, respectful of its past but in no thrall to have to fit within any conventions. You could find no better school to study at. Open your books and begin the lesson.

"Doineann" can be streamed here: