Album Review: Schnauser "Protein For Everyone" 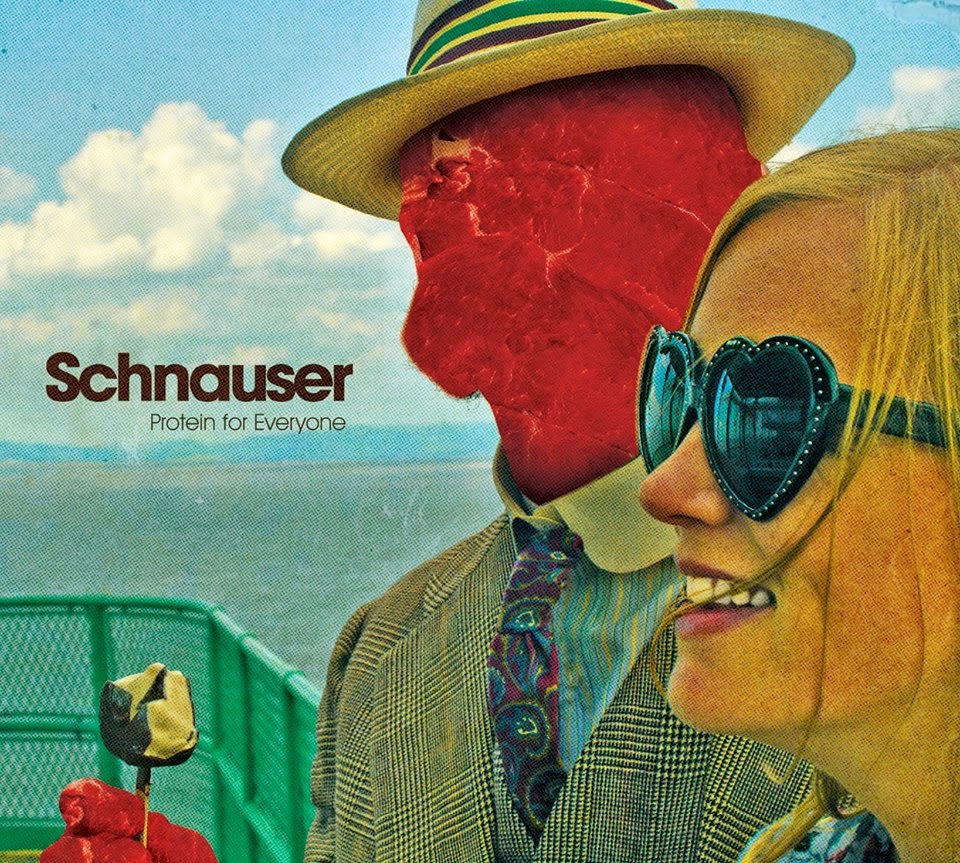 Last year's "Where Business Meets Fashion" caught my ear with its unusual ability to mix instantly hummable pop melodies, darkly sardonic, observational lyrics and time signatures that seem almost impossible to dance to, but entice the feet to try anyway.

Esoteric Records were paying attention too, and they've signed the Bristol based quartet for the release of follow-up album "Protein For Everyone", which continues to hone their strengths, and sounds like it's had a bunch of money thrown at it by the label (although I gather that the album had already been recorded prior to signing with Esoteric?). Anyway, what I'm trying to say is that it sounds very nice indeed, crisp and LARGE.

Schnauser founder Alan Strawbridge has always had a way with a winning tune as those who have followed him from his early days in the Lucky Bishops will know, but with Duncan Gammon, Holly McIntosh and Jasper Williams, he's found a group of co-conspirators who bring so much to the table that it would be unsporting, and inaccurate to think of them as a supporting cast.

"Protein For Everyone" continues on in much the same vein as "Where Business Meets Fashion" - it's pop music for smart people basically - with a perfect combination of quirky, harmony-laden vocal structure, and 'should be, but aren't' self-indulgent detours, that are as grin inducing as the unfailingly huge choruses are.

You can look at early Soft Machine and Caravan for precedents of this sound, but Schnauser are much more knowingly contemporary, and shun the more recent "advances" in progressive rock (palm-muted guitars are refreshingly absent), in favour of something which has more in common with adventurous indie practitioners like White Denim.

Even epic seventeen minute closer "Disposable Outcomes" avoids the po-faced nature of what we've come to expect from long, progressive suites. Its a perfect distillation of Schnauser's ability to hit the listener with the unexpected, and turn perceptions and expectations upside down. And more importantly, it's a whole lot of fun.

"Protein For Everyone" is available here.