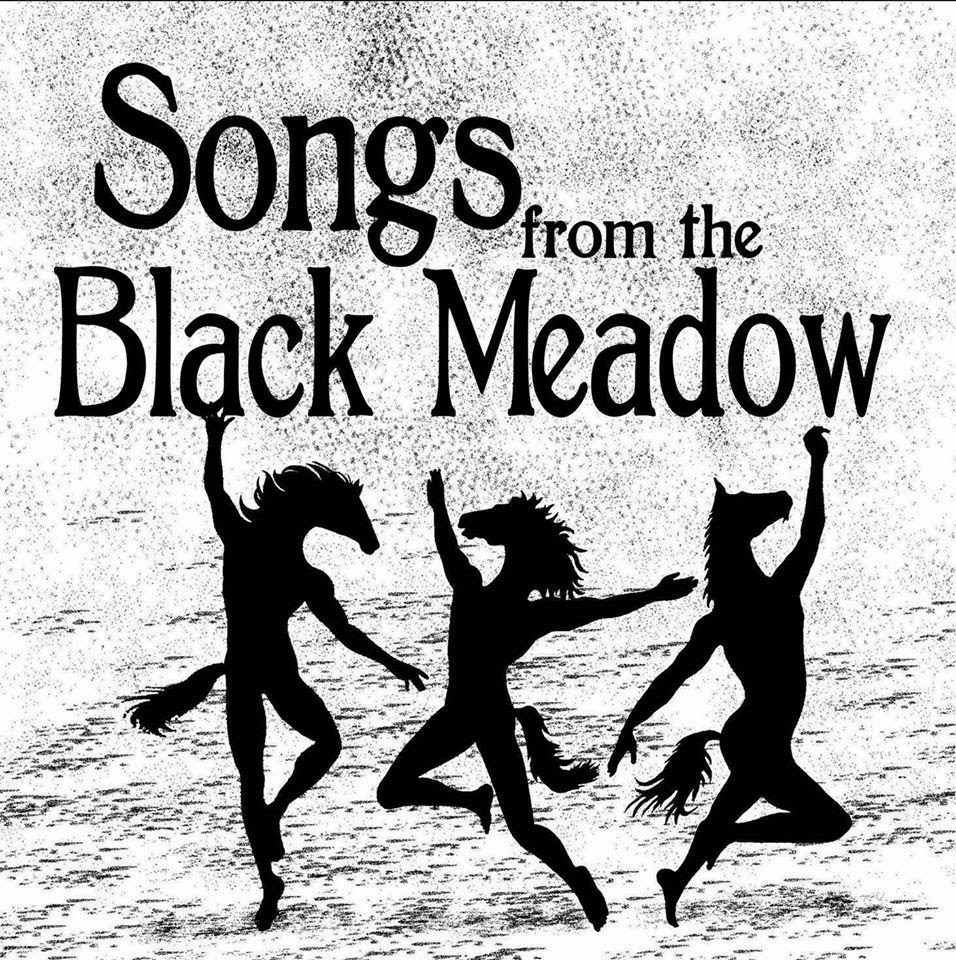 The breadth of artists who have opted to contribute to this new collection of songs inspired by Chris Lambert's book of short stories "Tales from the Black Meadow" is a testament to the universal appeal that Lambert's stories have managed to draw from what one might more reasonably expect to be a fairly niche product.

For those unfamiliar with the Black Meadow saga (as I was when I originally reviewed the Soulless Party's soundtrack to the radio play), the tales centre around a lost village on the North York Moors which periodically reappears from a bank of mist, when the demon whose curse keeps it hidden has an attention lapse. Or something along those lines.

So, as I was saying, the contributors to "Songs From The Black Meadow" are a varied bunch, ranging from choral (Mervyn Williams & the Theale Green School Senior Choir) to hip-hop (Eastgreen), but the vast majority fall under the eerie folk or hauntology banner, and the opportunity to hear both of these genres cross pollinating in such a natural fashion really does drive home the fact that a folk form is a folk form, whether it's filtered through guitar and vocal, or an old vintage synthesizer.

Several Active Listener favourites are present and acquit themselves admirably. The Hare & The Moon's "Black Meadow Song" is an ominous opener, with Alison O'Donnell's layers of vocals creating a spooky disquiet before the Witchfinder General presents himself during the bridge. Both Emily Jones and the Rowan Amber Mill (of Book of the Lost semi-fame) are present too, with both pushing the proverbial envelope; Jones blending murky trad-folk with something that appear to be a lost backing track from the Cure's "Pornography", while the Rowan Amber Mill see no good reason why Paddy Kingsland and Maddy Prior shouldn't be evoked on the same song. Marvelous.

Scattered amongst the folky offerings there's also a selection of ambient, electronic / field recordings by the likes of the Implicit Order and Septimus Keen, which help no end in ensuring that the atmosphere remains tense. Perhaps the best of the electronic material comes from Keith Seatman, who's "Playing Hop The Scotch" seems to have been dragged from the darkest depths of the BBC Radiophonic Workshop, striking an immaculate balance between the electronic and the organic.

But ultimately it's the way in which these strands coexist to create an album quite unlike anything else in it's entirety, that impresses. Lambert's source material it seems, is so strong that even filtered through the music of these mostly unconnected artists it retains his voice.

Find out more about "Tales From The Black Meadow" here.

The "Songs From The Black Meadow" CD is available here.