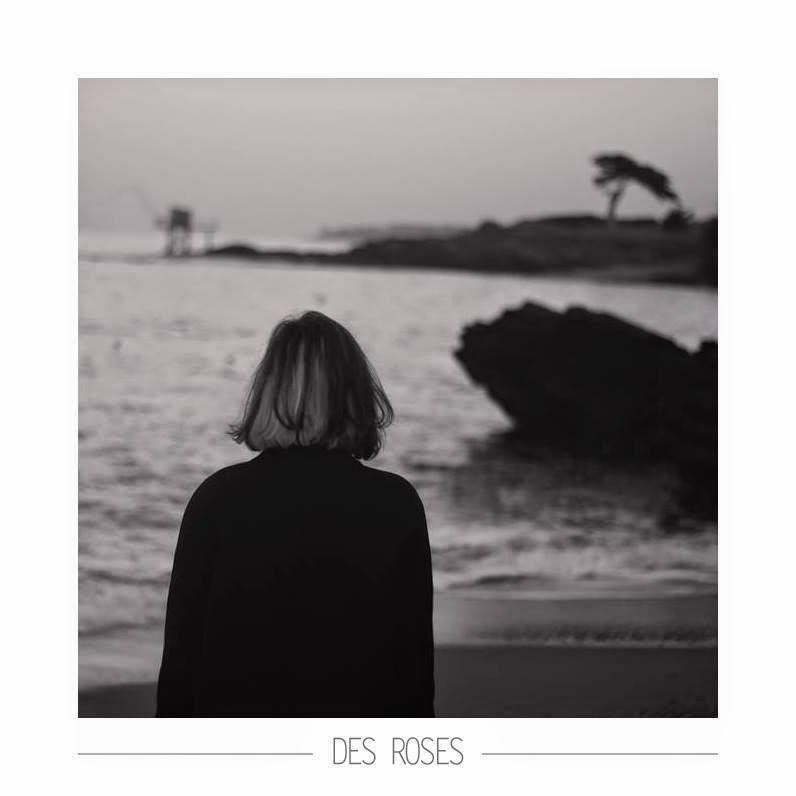 I began this post with the intention of writing a "Free Download Roundup", but the more I hear of this "Des Roses" E.P, the clearer it becomes that it is much too good to share space with a bunch of other releases where it may get inadvertently buried. There's been a lot of talk lately about hyperbole on the internet, and I'm sure that our policy of only writing about material that we really like makes it appear that we suffer from it more than most, but fuck it; I think I've discovered the greatest unsigned band in the world right now, and hyperbole can be damned.

"Des Roses" are a young three piece dream-pop band from Nantes, and their self titled, debut E.P has totally knocked my socks off. These three tracks of melancholy splendour are simply wonderful, and quite easily a match for the big names in this field, past (the Cocteau Twins), and present (Beach House) and there's a very good chance that if you like either of those bands, that you're totally going to lose your shit when you hear this.

There's no one thing that makes it stand out from the crowd - it's a total package thing. The songwriting is deep, hooky and appealingly melancholy. The production sounds like a million dollars. The arrangements sound like the work of seasoned professionals, not fresh faced debutantes. And the way the lovely female voices wind their way around Louis Lemoine's deep and slightly hesitant vocal is absolutely sublime.

In a fair and just world "The Bond" would be one of the biggest songs of the year - it resonates perfectly, and is achingly lovely - but every second on here is great, so much so that when closer "Nothing Goes Ahead" lurches to a sudden, unexpected halt, I begin to remember what it felt like as a child when your balloon popped.

Make no mistake - this is a fabulous E.P, and I'm more than a little obsessed with it at the moment. It's available as a free download from their Bandcamp page, but is crying out for a physical release, so hopefully someone from a label with impeccable taste sees this and pricks up their ears - everyone else, get it free while you can!