Album Review: Hamish Kilgour "All Of It & Nothing" 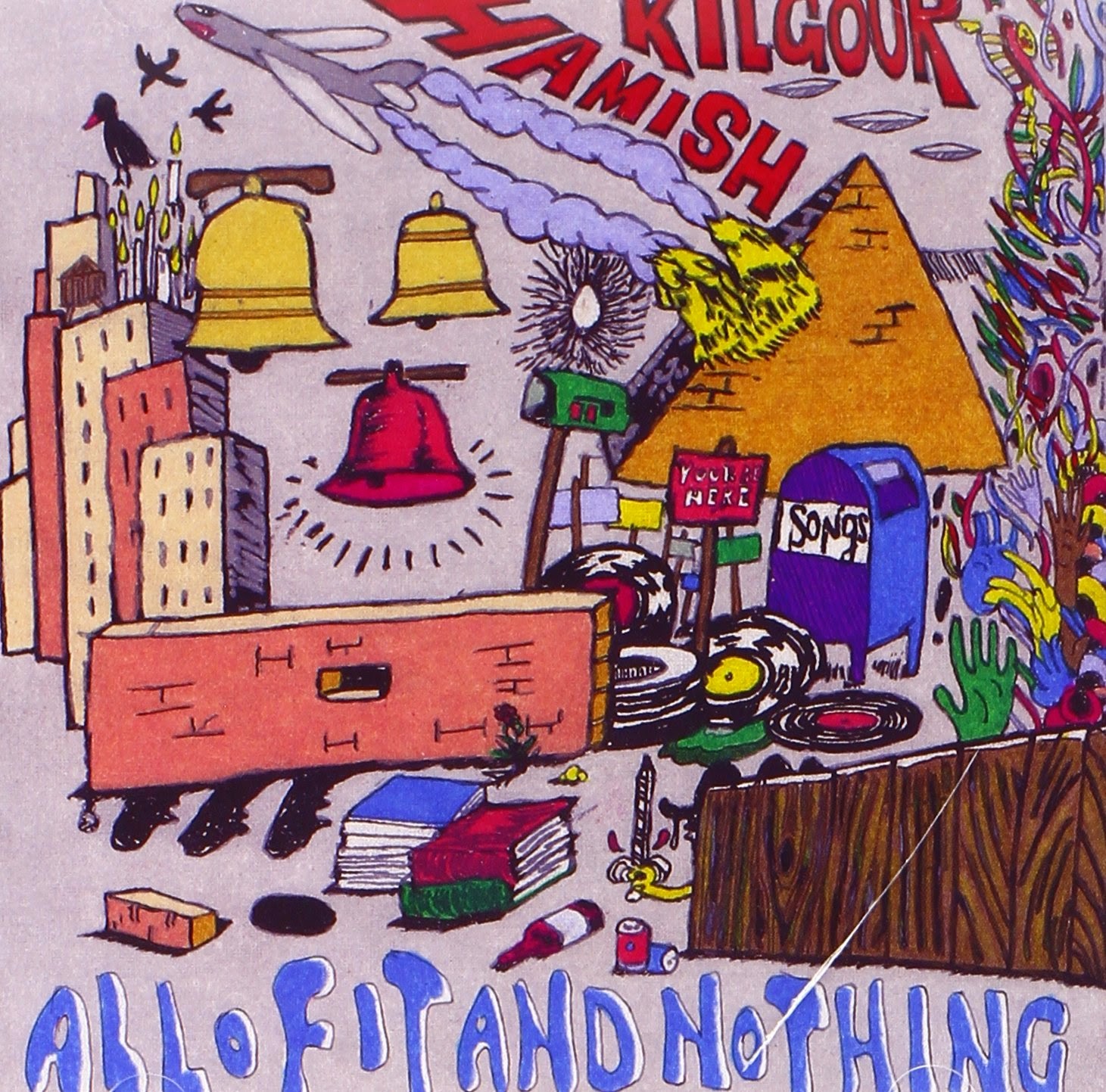 Co-founder of The Clean (with brother David) and member of NYC band The Mad Scene (with wife Lisa), Hamish should be better known than he is. He has always flown under the radar compared to his hyperprolific brother, but that should rightfully change with this release. It's his first solo record, released nearly on top of his brother's August release and bandmate Robert Scott's solo album in July.

This unassuming percussionist/guitarist/vocalist won't stun you at 50 paces with his gently droning folk, which ventures off into jazzy experimental spaces and meanders into psychedelic territory. But he may just draw you into his secret musical garden with his sonic mashup. Had this dropped in the late 60s, it would have sounded right at home with the folk minstrels of that day.

Hamish's fragile voice is a faint echo of his brother David, and some of this music hearkens back to the pair's work in The Great Unwashed. "Rave Up" is trippy acid jazz with a side of marimba and mantras. It's perhaps the most turbulent piece on an otherwise calm musical lake. Imagine drifting along a stream, dipping your toes in the water, and lazing in the late summer sun to "Get On Up", which wouldn't be out of place on a Yo La Tengo record with its strummy cheerfulness. "Hullaballoo", the longest song on the record, has slightly off kilter strumming and a cool, detached vocal.

Kilgour apparently rode his bike to the studio in Brooklyn, and that is reflected in the record's laid back vibe. Hints of triangle and marimba along with light percussion accompany otherwise spartan arrangements that suit Hamish's unschooled voice. Along with his other two Clean bandmates, Hamish has released a pleasant record that long time fans will surely enjoy.

"All of It & Nothing" is available on vinyl, and CD.