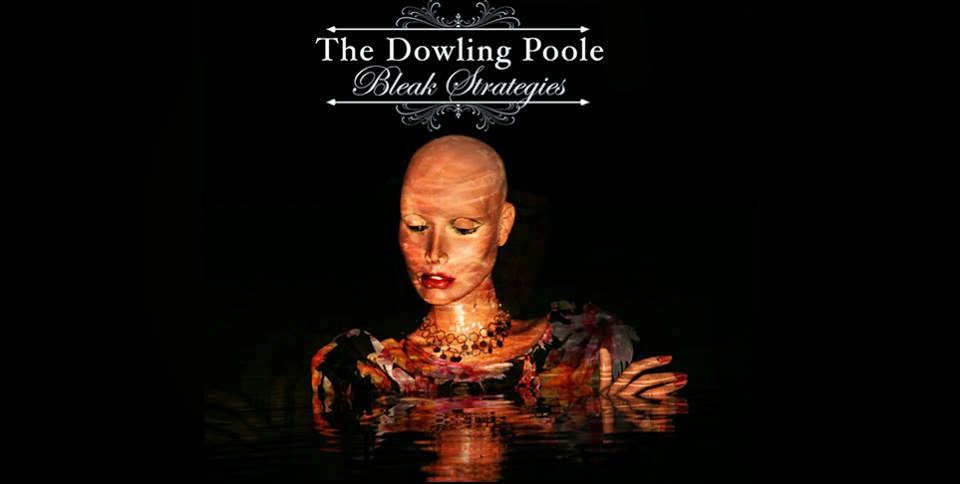 Sugarbush Records have really kicked into second gear of late with a steady stream of vinyl issues of classics both new and old, some of which have already sold out and become collector's items. Chief bush-dweller Markus Holler has an ear for a classic pop tune that is unmatched, and you can pick up anything on the label assured of something deserving cult status.

Dowling Poole are a duo consisting of Willie Dowling and Jon Poole, who have a long history behind them in various bands, and pool everything they've learned into their wonderfully eclectic debut "Bleak Strategies". The first thing that becomes apparent is that these gents obviously know their way around the various knobs and faders in the studio. "Bleak Strategies" sounds amazing, and importantly, they have tunes to match too.

Their songs are hard to pigeon-hole and are blessed with enormous power-pop hooks, but also startling progressive sensibilities, with the pull between the two bringing to mind an updated take on 10CC or dare I say it, E.L.O, without actually sounding like either band.

XTC is obviously a looming influence, with tracks like "Twilight Subplot" sounding so much like them that you'd expect them to be outtakes from their vaults, were it not for the fact that they are so damn good that no one in their right mind would leave them off of any record. "Clean" on the other hand is pure Steven Wilson melancholy - I'm curious whether they're fans, or whether the similarity comes from synthesizing similar influences. Either way, I'd wager this is better than anything Wilson has conjured lately (and that coming from a fan). Best of all is the wonderfully Beatlesque "Getting a Licence" with it's pounding "Tomorrow Never Knows" drums and bouncy Macca bassline, it couold quite easily find a home on Epic's peerless lost classic "Sunshine State" (how about a reissue of that Markus?)

In many ways "Bleak Strategies" sounds like a knowingly reverential update of the Turtles "Battle of the Bands", with the duo updating their influences so lovingly and expertly that they give some of their influences a run for their money. Certainly those who have enjoyed recent genre hopping efforts from the likes of Dr Cosmo's Tape Lab and Schnauser will find plenty to obsess over here, with the creepy sleeve art holding few clues to the melodic gems contained within.