We've got another batch of Desert Island Discs for you here, this time selected by Stephen Palmer who records under his own name, as well as with Mooch and the Blue Lily Commission.
Stephen also writes for the highly respected Terrascope website, which I daresay you will enjoy greatly if you like the types of music I write about. 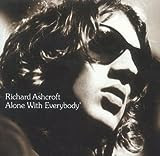 Richard Ashcroft, "Alone With Everybody"
Most people think The Verve's "Urban Hymns" was the height of Ashcroft's career, but to my ears his first solo album is even greater; certainly in terms of songwriting. Ten tracks of lush melody, genuine feeling, orchestration, swagger and style. And his voice in tip-top form. A marvel from start to finish.

The Beatles, "Revolver"
Which album to choose from the greatest pop band ever... this or Sergeant Pepper? Well in the end it had to be this one, for the non-stop brilliance of the songs, for the sense of freedom, of a band exploring uncharted territory, and of course for the groundbreaking 'Tomorrow Never Knows.' 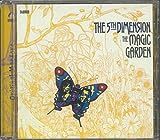 The 5th Dimension, "The Magic Garden"
Jimmy Webb's masterpiece. Incredible to think that when it was released it was a commercial flop. That combination of the four magical voices of the two-man, two-woman 5th Dimension, plus Jimmy Webb's songs, remains for me almost unbeatable as a testament to all the 'sixties were able to offer. Donald Fagen, "The Nightfly"
With Steely Dan a spent force and Becker out of the game it was left to Donald Fagen to put together this brilliant work. Eschewing the slightly sterile sound of "Gaucho," Fagen returned to what he knew best, namely, unique songs that nobody else could possibly have written. I've always found this to be perfect car-journey music...

Mike Oldfield, "Hergest Ridge"
My favourite of Oldfield's albums. Although written and recorded in difficult conditions (Oldfield fleeing Tubular Fame, struggling with mental issues and living in a freezing cold house in Herefordshire) the music has a slightly ramshackle magic that he never again repeated. Is it too "romantic"? Well, he did point out at the time that what the world was really short of was romance.

Ozric Tentacles, "Erpland"
The defining achievement of the 'eighties/'nineties British underground, made by a band high and potent in the wilds of Mid Wales (Foel, to be exact). Every track unique, every track immaculately played and filled with sounds the world had never heard before. This album to my ears can never be overtaken for sheer shroom-styled audacity. 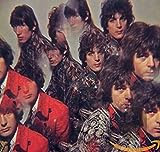 Pink Floyd, "Piper At The Gates Of Dawn"
The legacy of Syd can't be overstated, but what magic was he channeling on the roof of his flat when he wrote these songs? We'll never know - which may be a good thing. Magic needs to retain an element of mystery. Syd also gave Britain its first sense of how a British psychedelic vocalist could sound when doing his own thing. 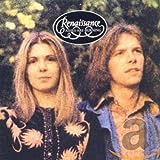 Renaissance, "Ashes Are Burning"
One of the great folk-prog albums by a band too often overlooked. Simply a gem - six songs evoking the wonder of the natural world, the tides of life, and much, much more... With songs by Michael Dunford and lyrics by Cornish poet Betty Thatcher, this for me remains the high point of the group. 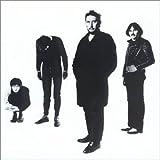 The Stranglers, "Black & White"
Thirty five years on this still sounds futuristic - an achievement in itself. Having shrugged off the Doorsy brutality of the early sound, and having side-stepped the fallout of the demise of punk, the band created a gritty, melodic, lyrically mesmerising album that to this day remains a kind of tuneful apocalypse. 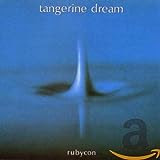 We'd love to hear about your Desert Island Discs too, so please send them in to nford150@gmail.com