Without trying to sound like an infomercial, I've ordered records online from a lot of different sites but the service I got with my first order from Norman Records is probably the best I've had anywhere.
Based in the UK, they've got a massive selection of more esoteric titles which I couldn't find at other stores. I ordered four titles, three of which were out of stock ( the stock levels are visible while you browse though so I was aware of this already ). The three out of stock titles were acquired in less than a week and the order found it's way over to me in New Zealand less than two weeks after I placed the initial order.

I was very excited to open this parcel which included: 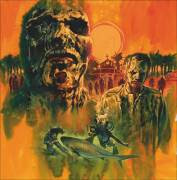 Fabio Frizzi's Zombie Flesh Eaters. A new reissue from Death Waltz Recordings who have also reissued John Carpenter's Escape From New York and Prince of Darkness as well as The Living Dead At The Manchester Morgue, Donnie Darko and Let The Right One In. A very exciting label - I'm hoping for reissues of the first two Halloween soundtracks personally.

Goblin's Profondo Rosso. Limited to 666 copies this is an exact repress of the original 1975 edition, which means only 7 tracks but a much better flow than the CD versions without all of the repetition and alternate takes.


Goblin's Suspiria. Another limited edition, this one a gorgeous picture disc. These Goblin Argento soundtracks are amazing. 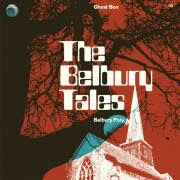 Belbury Poly's Belbury Tales. For some reason I bought this on CD when it came out earlier in the year instead of vinyl. I've now rectified this.

Aside from weird soundtrack reissues and Ghost Box titles, Norman also stock Fruits De Mer and a bunch of other small label psychedelic / progressive rock titles.
Click here to check out their selection. If you've been having trouble tracking down a certain title, especially on a smaller label - maybe a title that all the other online stores either don't have listed or always have on backorder, this may just be the place to find it.