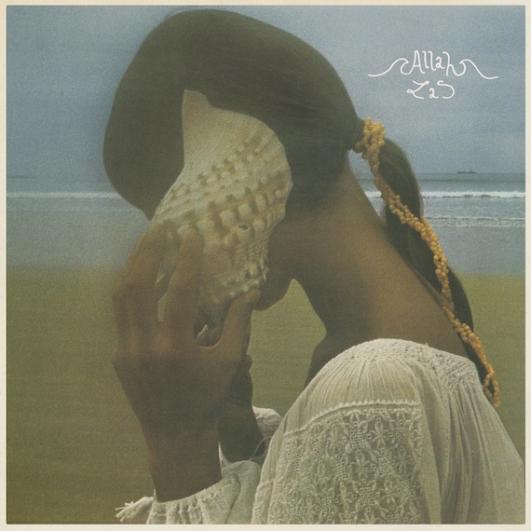 A few months back I heard an insistent little piece of vintage sounding r&b which sounded for all the world like a prime piece of early Andrew Loog Oldham produced Stones goodness.
The song was called "Tell Me (What's On Your Mind)" and the band was Allah-Las, a name that at the time meant nothing to me, but has since been popping up everywhere I've looked.
The band was formed when four lads working in the back room of Hollywood's Amoeba Records bonded over a shared love of vinyl.
It's always interesting to see what a band with such an awareness of pop / rock history will do when left to their own devices, and Allah-Las don't disappoint, weaving a rich tapestry that pulls on a number of eras and genres to create a sound which is distinctively their own.
While the rather lovely production work by Nick Waterhouse makes the album sound like it was recorded in 1965, which is certainly not something I have an aversion to, the varied songwriting shows that the band have learned a few things from the jangle kings of the eighties and nineties too.
They do an admirable job of combining influences that shouldn't necessarily work together into something fresh and exciting which is quite unlike anything else I've heard recently. "Ela Navega" marries the chord sequence from Pink Floyd's "Breathe" to an infectious bossa nova beat, while a number of other tracks suggest the rather unlikely prospect of an early Kinks who were raised on the Ventures rather than Chuck Berry. Elsewhere "Vis a Vis" finds an appealling middle ground between the Byrds and the Bats.
After only a few listens it's become clear that this is an album of hidden depth -  a tuneful, easy playing summer record, with a moody, dark undercurrent of windswept melancholy that begs for repeat plays.
And the good news is that the band have already been back in the studio, working with Jonathan Wilson - whatever comes of that will be fascinating I'm sure.

Preorder here on CD or here on Vinyl