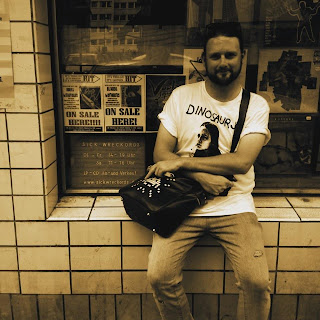 I've spent the last 5-6 weeks in Singapore, Germany, France, Italy and San Francisco and predictably I found a few amazing record stores on the way. I'll spend a little bit of time telling you about them over the next week or so.
I'll start off with a little store I found in Frankfurt where we had a couple of days before my girlfriend lotus and I headed off to Strasbourg by train.
Wandering around jetlagged in the blazing sun we stumbled across a very promising looking shop called Sick Wreckords. The window display was full of vinyl - mostly of a sixties beat / psychedelic and surf persuasion. Unfortunately it was closed. I looked at my watch to see that it was 1.57 in the afternoon. If it wasn't open by now, I figured my chances of getting a look inside were slim. Happily as Lotus was taking my picture outside the shop I heard the door rattling - turns out they open at 2P.M.
I found my way inside with much haste and found a bottomless well of treasures.
Intuitively set out - instead of having a rock vinyl section which seems to be the norm, they have everything separated into more specific sections - those that took my fancy most were the Neo-psychedelic, Krautrock, Sixties Represses and Surf / Hot Rod sections.
They even had an original German copy of Odin's very rare Vertigo Swirl album on the wall - although I couldn't afford the 600.00 Euro price tag I would have liked to take this home with me.
It was the start of the trip and I didn't want to buy too much as I had to post my purchases back home to New Zealand, so I was conservative but still picked up the following records: 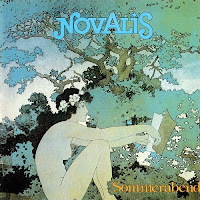 Novalis - Sommerabend.
A nice original copy on Brain Records of one of my favorite Krautrock gems - impossible to find in my neck of the woods, but presumably quite common in it's home land as this only set me back 8 Euro. Nice. 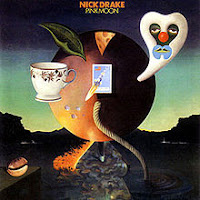 Nick Drake - Pink Moon.
A nice new reissue of dubious legality. They also had Five Leaves Left and Bryter Later. Do I wish I'd bought them too? Of course. All for fifteen Euro each. 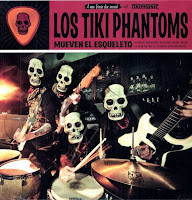 Los Tiki Phantoms - Mueven El Esqueleto.
This one was a total blind purchase. I felt I needed to buy something from the surf section and the cover of this grabbed me. I also figured I'd have no problem finding reissues of classic sixties surf LPs in San Francisco so I was probably better off buying something a little more obscure. Besides blind purchasing due to cool covers has led me to some pretty great bands and albums in the past - Iron Maiden as a youngster, not to mention Neutral Milk Hotel and 16 Horsepower. 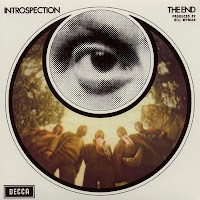 The End - Introspection.
One of my favorite albums that I've been looking for forever on vinyl.
Published by Tapestry Records in a limited pressing of 1000 copies. Does anyone know whether this is licensed or a bootleg? Great U.K Psych - if you haven't heard this you need to immediately.

I could have easily bought a whole lot more ( and may still do so as they offer a mail order service with their catalogue available online ), but I was very pleased with what I found here.

Next up on my buying agenda was the Marquee Moon vinyl store in Florence / Firenze where I was a little less self controlled in my buying and then the numerous vinyl treasure troves of San Francisco where I bit the bullet and took advantage of the good exchange rate and went a little nuts - more on these soon....