Another batch of super limited edition 7"s have just been released by the excellent psychedelic boutique label Fruits De Mer. You'll need to get in quick if you want copies of any of these as Fruits De Mer titles have a habit of selling out very quickly, and are never reprinted so it's now or never for these - now would be my recommendation.
You can order these via e-mail from Fruits De Mer here if you're based in the U.K, or from the lovely folks at Norman Records here, who ship internationally and offer some of the best online service I've experienced. 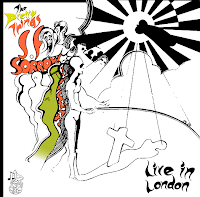 The Pretty Things - S.F Sorrow Live In London 7"
First up is this future rarity, featuring three tracks from S.F Sorrow recorded recently live in London, which show the band to be lively and in fine voice. If only the Stones were still this focused live. Track number four is an archive live recording "Renaissance Faire " from 1969 which is in a much higher fidelity than I anticipated and features some heavy dual guitar work and a healthy dose of hammond organ. Much more of a rocker than the Byrds or Human Instinct versions of this track, and totally essential for any Pretty Things collector. 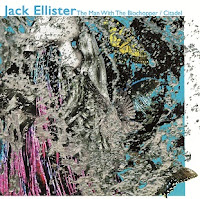 Jack Ellister - The Man With The Biochopper / Citadel 7"
Fruits De Mer's offshoot label Regal Crabomophone has the first 7" by one Jack Ellister to offer us next. The name was a  new one to me, but I suspect that we'll be hearing more of him. The a-side is an original which merges psychedelia, prog rock and a bit of post punk in a manner not heard since the glory days of Mansun in the mid nineties. Fans of their album "Six" will find much to like in the soaring guitars on offer here. The b-side is a serviceable version of the Stone's "Citadel" which has a more contemporary edge. 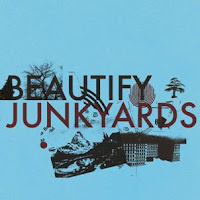 Beautify Junkyards - From The Morning / Fuga No. 2 7"
Last up we have this lovely Portuguese act who cover Nick Drake's "From The Morning" on the a-side, and Os Mutantes " Fuga No. 2 " on the reverse. "From the Morning" starts as expected, with a lovely pastoral acoustic guitar and vocal that wouldn't sound out of place on Candidate's "Nuada" album, before being hijacked by wonky synths. Quite mad. "Fuga No. 2 follows a similar template, which isn't quite so unexpected due to the source material but still rather lovely.